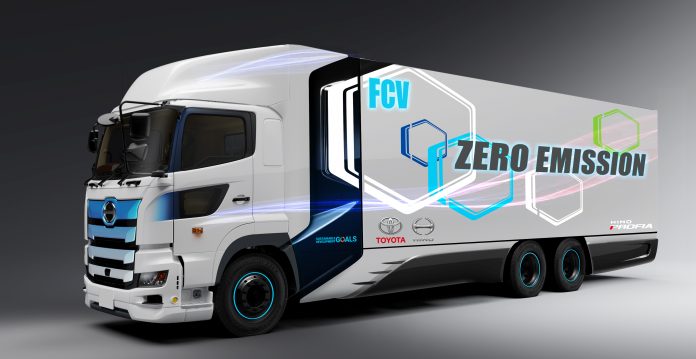 If we have learnt anything over the last few months it surely is to listen to early warnings from experts. In 2007, we had leading economists warning us of financial doom on the horizon to which the Taoiseach of the time responded that they should ‘go away and commit suicide’.

During that same timeframe we had others warning us of the threat of a global pandemic, and to be honest I ignored them as they were in remote parts of the world and thought it was only science fiction.

We have had a multitude of forecasters proclaiming the end of our environment as we know it, unless we take very urgent measures to curtail our emissions. And, just as happened with the recession, we have the nay-sayers including many world leaders, and others, in total denial. If I was in doubt then, I can assure you that that is no longer the case.

What is the point of what I am saying in relation to the road transport industry and Ireland in particular? Change, in how we source our energy, is coming one way or the other, and it is going to cost a lot of money. Th e European Commission is tying the recovery of Europe’s economy post-COVID 19 with a policy of “Powering a Climate Neutral Economy” and has set out plans for the energy system of the future with clean hydrogen.

Hydrogen maybe ten years away before it hits anything like the mainstream, but it will happen. Th e problem lies with what Ireland does in between, to meet the stated intention of an annual 7% reduction in national emission levels. To date that has seemed to be just ‘a pie in the sky goal’ but with the latest Government’s Programme for Government, it is very much on the agenda for us all. Th e Irish Road Haulage Associations’ (IRHA) role is to actively work with both Government and the European Union (EU) to find realistic and workable solutions. To date we have seen homegrown efforts such as an idealistic view to run trucks on rapeseed oil which was thrown onto the sacrificial altar of the Green Party. Likewise, the same Greens were influential in creating a value chain that has led to the importation of vast numbers of used diesel cars, vans and trucks into Ireland from the UK where they are no longer desirable. Th at has undermined the national automotive sector, thus reducing the Governments tax intake on new vehicles, and at the same time increased the fines and penalties we will have to pay for failing to mitigate our emissions. We have also, in recent years, seen taxpayers money spent promoting natural gas CNG, with a result that some twenty five or so trucks are now running on CNG, yet nobody cried halt.

0.0385% is the sum total of Ireland’s consumption of the worlds energy. If we all dropped dead tomorrow, Ireland’s ability to alter the warming of the globe is a nonrunner. Does that mean we should do nothing? Absolutely not. We are a nation that is proud to be a member of the European Community, and we are more than capable of responding and playing our part.

What I mean is that there are practical ways of reducing our emissions without killing our economy. Regrettably, the EU seems to think one size fits all and our legislators seem happy to pay lip-service towards that goal to date. This is where the IRHA has to be at the top of its game. One size does not fi t all. We have to be allowed to find our own way and that means having the IRHA, as an essential industry, to be heard. Ireland has a wonderful geographic position and resulting climate, all assets in the development of a truly Green Isle. Let us all aspire to that goal through hearing all the voices, not just those who always must be right. Remember 0.0385%