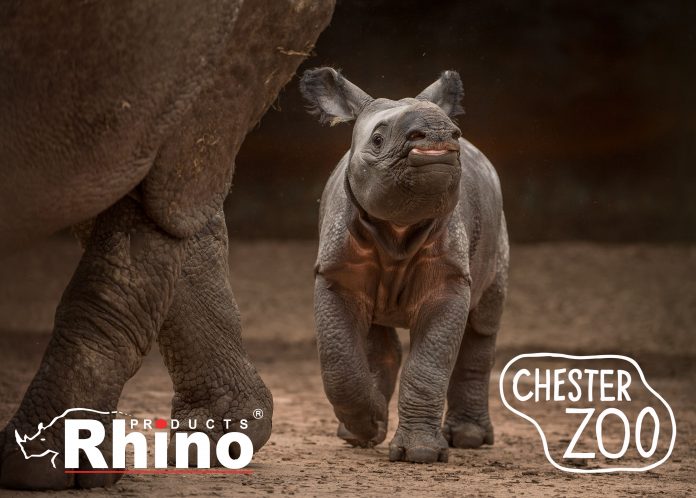 Regular exhibitors at the CV Show, Rhino Products, Europe’s leading commercial vehicle accessory manufacturer, is partnering with Chester Zoo as official Corporate Champions and Conservation Enablers for the black rhinos at the Zoo which is located less than ten miles from their head office and manufacturing facility at Deeside, Flintshire.

This partnership means Rhino Products will be adding financial support to the zoo’s conservation efforts both at home in their rhino habitat and in wider activities across the world. Rhino have also offered the use of their various roof bar, roof rack, rear step, ladder and other commercial vehicle products for the zoo’s vans involved in these field operations. This includes a current research project that is aiming to study causes of population decline and improve population performance in African mega-herbivores. The eventual goal is to establish an endocrine lab based at Lewa Wildlife Conservancy, one of the zoo’s key conservation partners in Kenya, which would greatly boost the efficiency, impact and scope of the work Chester Zoo can undertake.

Chester Zoo is a global champion for Rhino conservation and is currently home to small herd of eastern black rhinos. This species is now so under threat from poachers that they are classified as critically endangered with as few as just 650 left in the wild. The timing of the company’s sponsorship has coincided with the exciting arrival of a new greater one-horned rhino calf at the zoo. The male calf arrived to mum Asha (11) following a 16-month gestation and a 20-minute labour, with zoo conservationists hailing the birth as a big boost to the endangered species breeding programme.  Greater one horned rhinos are listed as vulnerable to extinction by the International Union for the Conservation of Nature (IUCN).

In addition to being associated with a fantastic wildlife protection cause, this partnership also supports a key element of Rhino Products’ employee engagement by allowing our team and their families to enjoy several zoo-related benefits. Each of which is designed to encourage visits and interest in Chester Zoo and its programmes.

Rhino Products Managing Director Steve Egerton explained why the partnership between the company and Chester Zoo was a natural fit: “With Chester Zoo being located just 15 minutes from our head office, the connection between their rhinos and our company was an obvious one. Rhinoceroses have been the lynchpin of our brand from the very beginning of our journey as the rhinos’ unique, strong and distinctive characteristics are something we try to replicate throughout all our products and wider endeavours. We are delighted to be able to play our part in ensuring the protection and conservation of these magnificent animals.”

Drawing almost 1.9 million visitors every year, Chester Zoo is the UK’s most visited attraction outside of London and is rated as the best zoo in the UK and third best in the world. The site, which opened in 1931, is home to a staggering 21,314 animals from over 500 different species.

Rhino Products are a manufacturer of commercial vehicle accessories, including roof racks, roof bars, ladder storage systems and rear steps for practically every European commercial van make and model. They have just committed to opening a new state of the art purpose-built 87,250sqft factory at Ellesmere Port in early 2019 to support their continued growth.