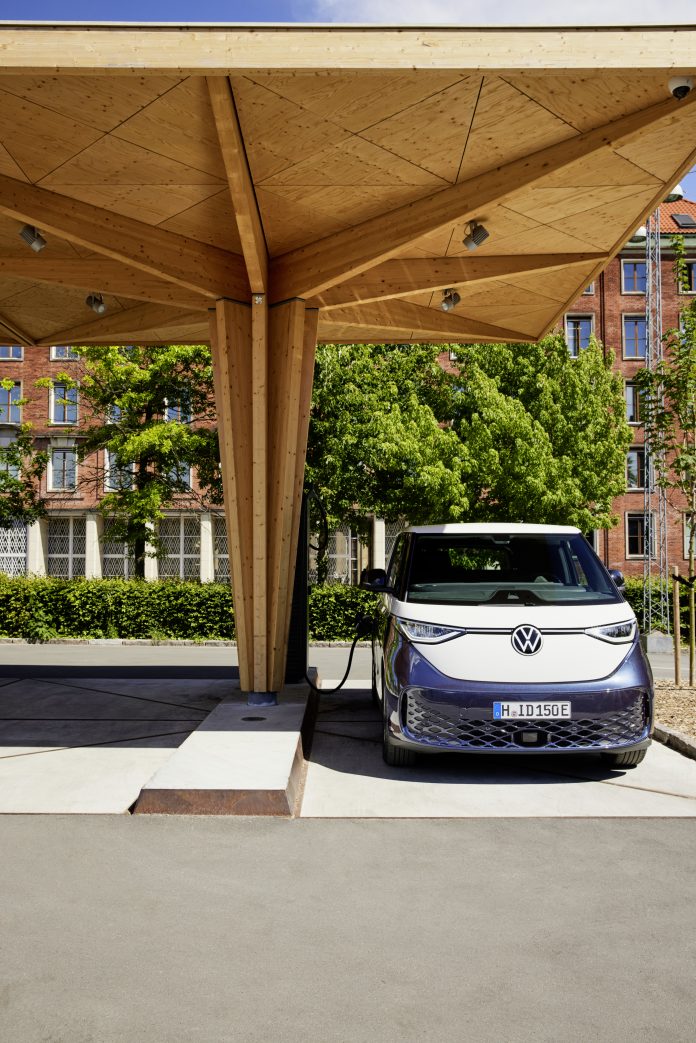 Volkswagen Commercial Vehicles has already commenced sales of its new ID.Buzz Cargo across Europe and the first vehicles will be supplied to their owners this autumn. The all-electric van offers a range of up to 425 km, recharged at a fast-charging point in around 30 minutes.

The battery can be charged at home, at work or at public AC charging points using 11 kW. At DC fast-charging stations the power output goes up to as much as 170 kW. Using that level of power, the charging is done in 30 minutes (from 5 to 80 per cent).

Latest driver assist systems and software. New driver assist systems, such as Travel Assist with swarm data utilisation and assisted lane-changing, are available on request. Also new: Park Assist Plus with memory function for automatic manoeuvring into the garage at home, a carport or a space on the company car park. Many driver assist systems are included as standard, such as Car2X (warns of hazards in the near vicinity) and Front Assist with pedestrian and cyclist monitoring (Autonomous Emergency Braking). The ID. Buzz control units also leave the plant with the latest Volkswagen software. It is the ID. Software version 3.2. When necessary, it is simply updated over the air and thus without a trip to the workshop.

Buzz Cargo as a van. With the ID. Buzz Cargo, one of the most modern vans anywhere in the world is being launched. It is being offered as standard with three seats in the cab: driver’s seat plus double bench seat. If desired, a single seat for the front-seat passenger is also available. Behind the seats comes a fixed partition, separating off the cargo space. This partition is optionally available with a window and/or an opening through which items can be loaded. The cargo space capacity is 3,900 litres and provides room for two Euro pallets. The ID. Buzz Cargo is fitted with a wide-opening rear hatch and a sliding door on the passenger side. The van is optionally available with an additional sliding door on the driver’s side and with rear wing doors.

Made in Germany. The new ID. Buzz and ID. Buzz Cargo are being produced, along with the new Multivan introduced in 2021 (internally called the T7 and optionally available as a plug-in hybrid) and the T6.1 (including as Transporter, Caravelle and California), in the German plant in Hannover, the headquarter of Volkswagen Commercial Vehicles.

The ID.Buzz Cargo is among the nominations for the annual International Van of the Year Award 2023.