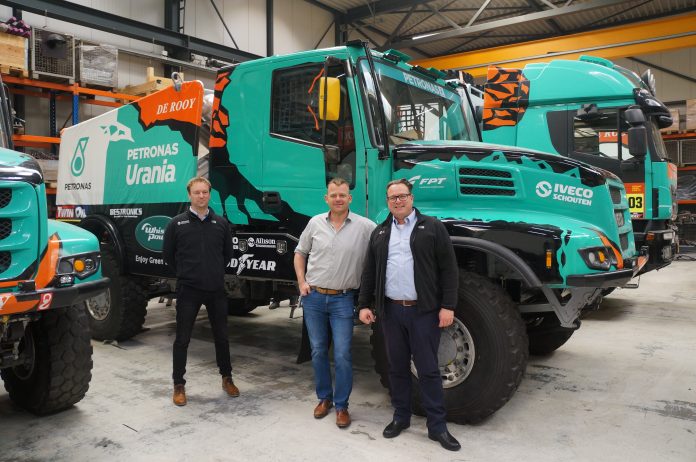 Allison Transmission, a leading designer and manufacturer of conventional and electrified vehicle propulsion solutions and the largest global manufacturer of medium-and heavy-duty fully automatic transmissions for commercial and defence vehicles, has announced a three-year partnership agreement with Team de Rooy, multiple-winner of the world-famous Dakar Rally, to help develop electrically-powered trucks for the Dakar rally and other cross-country rally events.

Testing is scheduled to start on an electrified truck with a conventional Allison transmission in early 2022, ahead of the vehicle’s competition debut at the Dakar Rally in January 2023.

This ambitious project was affirmed today at Team de Rooy’s premises in Son & Breugel, near Eindhoven, in the Netherlands. The official contract signing was conducted by Sjoerd Vos, Director Marketing, Europe, Middle East and Africa, Allison Transmission and Gerard de Rooy, Managing Director of De Rooy Transport and owner of the truck rally team, Team De Rooy. De Rooy won Dakar, as both team owner and driver, in 2012 and 2016.

“Dakar and other rally raids are really tough on mechanical components, especially the suspension, axles and gearbox. On hard surfaces, severe vibrations go through the whole driveline and consequently through the entire rally truck, hour after hour, causing damage. On loose sand traditional clutch-operated transmissions limit traction at low speeds. That’s why our team switched in 2018 to an Allison fully automatic transmission. Knowing how effective and robust Allison’s transmissions are, it is great to have the company’s support with our plans to go electric,” said de Rooy.

In the most recent running of the Dakar Rally vehicles equipped with Allison transmissions dominated the top ten in the truck division.

Sjoerd Vos commented: “One of the best ways of advancing new technologies is to push them to their performance and durability limits in demanding conditions – and there’s no motorsport competition on earth more demanding than Dakar.”

Team de Rooy’s new Iveco electrified truck will use Allison’s 4000 Series fully automatic transmission with retarder. This is suitable, like all Allison Automatics, for all medium- and heavy-duty commercial engines and all fuel types and electric motors. The 4000 Series is an easily adopted propulsion solution for applications such as construction vehicles, refuse trucks, and fire trucks and is already integrated with an electric motor in the Hyundai XCIENT, the world’s first hydrogen-electric heavy-duty truck, which went into production in 2020.

One of the advantages of Allison transmissions is the company’s patented torque converter, which multiplies torque at launch. This will enable Team de Rooy’s electric rally raid truck to utilise a smaller and less powerful drive motor to optimise range and efficiency, and to perform well when powering up sand dunes. Another advantage is the dampening effect of the fluid coupling in the converter, which helps protect the truck’s drive motor from shock loading associated with torsional forces in the driveline. A further benefit is made possible by self-learning algorithms in Allison Automatics, which continually optimise engine speed and torque level. This helps maximize efficiency and minimise energy use in electric motors. 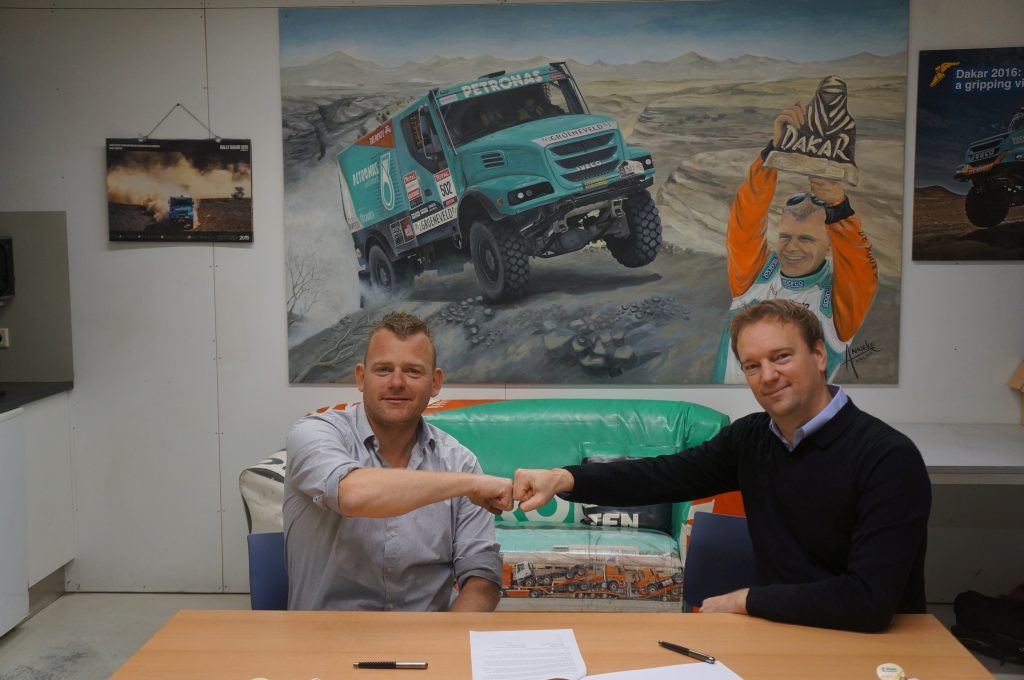 As well as being the largest global manufacturer of medium- and heavy-duty fully automatic transmissions for commercial and defense vehicles, Allison is a leading designer and manufacturer of conventional, electric hybrid and fully electric vehicle propulsion solutions. Allison recently expanded its presence in the EV sector by bringing the eGen PowerTM series of electric axles to the truck and bus market. These e-Axles are fully integrated electric powertrains that replace conventional driveline components including axles, engine, transmission and propshaft in medium- and heavy-duty trucks. The e-Axles can fit into existing chassis configurations with minimal modifications and this compact confguration will allow for extra space for battery packs in the truck.

“Pioneering and innovation have been in Allison’s DNA since its foundation in 1915 and the electrification era is no different. On and off-road, and even in the sand dunes, we are helping our customers transition from solutions which are available now – combining our conventional transmissions with an electric motor, for example – to designing fully integrated electric axles, providing the same maximum levels of reliability, performance and driveability,” said Edgar Lips, Senior OEM Account Manager, Allison Tran.