Home Breaking News And the International Van of the Year Award 2023 goes to …..the... 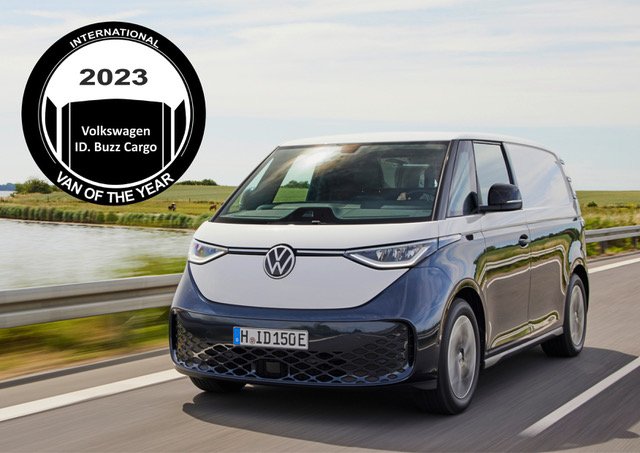 A totally new light commercial vehicle concept from Volkswagen in the shape of the ID. Buzz Cargo has just been announced as International Van of the Year 2023 (IVOTY).

At a special awards ceremony at the H’Up Conference Centre on the evening of the press day of the IAA Transportation exhibition at the Hannover Messe, Germany Dr. Carsten Intra, CEO, Volkswagen Commercial Vehicles (VWCV) was presented with the IVOTY 2023 trophy from Jarlath Sweeney, Chairman, IVOTY. 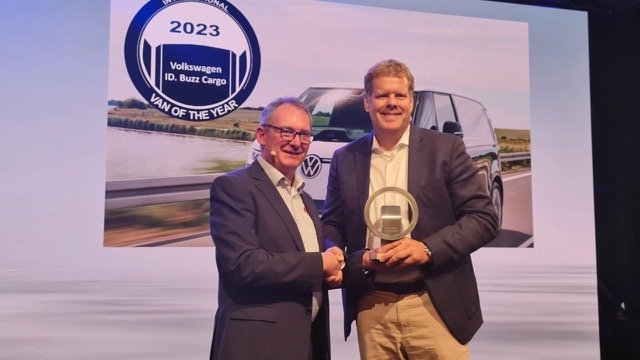 In complimenting Volkswagen Commercial Vehicles, Jarlath Sweeney, Chairman, IVOTY said: “It’s not too often that a totally new van concept comes around and immediately enters the marketplace. The new ID. Buzz is the case in point and has been duly honoured with this award, the highest accolade in the light commercial vehicle industry. Congratulations to Volkswagen Commercial Vehicle‘s design team on creating this unique vehicle that’s perfect for the environmentally conscious urban environment. It certainly makes a statement with its futuristic and slick styling, yet harks back to the original Transporter T1, from 70 years ago, with its V shaped bonnet, prominent VW badge, and short overhangs.”

On accepting the IVOTY 2023 trophy, Dr. Carsten Intra, CEO Volkswagen Commercial Vehicles stated: “Our ID. Buzz Cargo is ‘The Van of the Year 2023’! The first order volumes from our markets show us that our new ID. Buzz Cargo is the right model for commercial customers at the right time. Highly emotional feedback wherever the ID. Buzz appears and last but not least: this new form of mobility gets the right acknowledgment. But the highest recognition is the vote from this highly respected jury: winning this important International Van of the Year Award is such an honour! On behalf of the entire Volkswagen Commercial Vehicles team, I would like to thank the jury members very much for this. We are extremely proud and see this confirmation of our work as a motivation to continue as before: to offer the right commercial vehicle for each of our customers.”

Now in its 31st year, the main criteria for the International Van of the Year Award is the vehicles’ contribution to the efficiency, safety, sustainability and environmental standards of the light commercial vehicle sector. To be eligible, the vehicle must be new, in series production by the end of the year for which it receives the award, and present a significant technological innovation. The election process was adjudicated independently by the RHA UK.