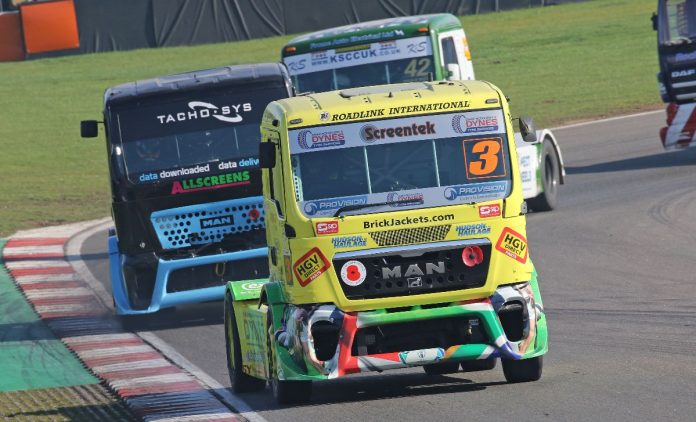 Maintaining its role as the official organiser of the championship, the BARC will work with Truck Sport UK and Road Transport Media to develop the commercial side of the series; including sponsorship, PR, media relations and promotion.

The new arrangement between all parties has been negotiated with the support of the British Truck Racing Association.

Commenting on the new agreement, BARC Group Chief Executive Ben Taylor said: “There has been a lot of uncertainty around the BTRA Championship over the Winter, but I am delighted that we have been able to secure this agreement which is great news for British Truck Racing. We believe that Truck Sport are ideally placed to help the BARC and the BTRA take this championship forward and we look forward to getting started immediately.”

As part of Truck Sport UK’s aim to assist with the growth and recognition of the series, the successful ‘Convoy in the Park’ event will return to Donington Park in August, with two additional meetings also planned. ‘Convoy on the Plain’ will be held at Thruxton in late June whilst ‘Convoy Cymru’ will take centre stage at Pembrey in October.

The BTRC British Truck Racing Championship is one of the biggest categories in the UK, with machines weighing in at more than five tonnes and producing in excess of 1,000bhp – it is a motorsport Championship like no other.

Born in the USA in 1979, Truck Racing hit British shores not long after and captured the imagination of racing enthusiasts. The organising governing body, the British Truck Racing Association, was founded in 1984 and has been at the helm ever since.

Representing some of the biggest manufacturers from around the world, the championship has for a long time been split into two classes; delivering exhilarating thrills and spills in equal measure. 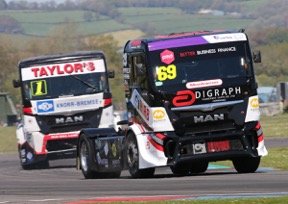 Division 1 is home to the most advanced machines that have bespoke braking and suspension systems whilst Division 2 is likened towards more production-based machines; both delivering fast-paced heart-stopping moments throughout the season.

The commencement of the 2020 BTRA British Truck Racing Championship has been postponed until at least June 30th, due to the Coronavirus restrictions.