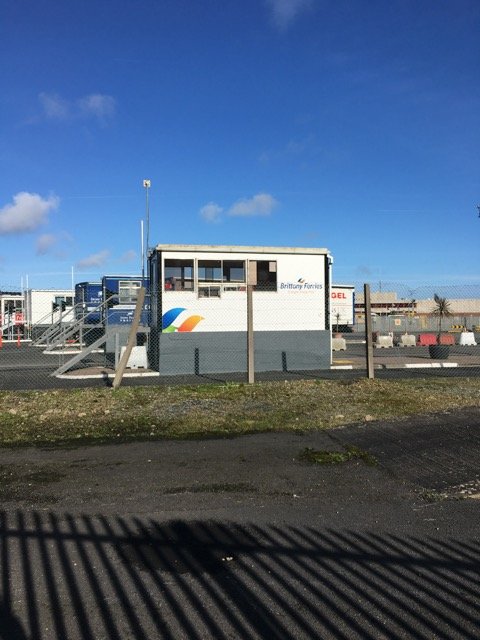 The Rosslare Europort division of Irish Rail hosted what was a well-attended Business to Business event on 12 February, at the County Wexford Port. Gerry Culligan, Commercial Director at Irish Rail spoke about the work being undertaken within the current €25 million budget, including the installation of full Border Control facilities at the Port. Substantial renovations of facilities there are under way leading towards a smart Port with capacity to handle considerably increased traffic volumes of both Ro-Ro and Bulk Cargo. Glenn Carr, General Manager of Rosslare Europort discussed these developments in more detail and spoke about the new management team at the Port.

Presentations by Wexford County Council CEO Tom Enright and Economist, Jim Power focussed on the development opportunities for manufacturing businesses and tourism in the South-East region and the roles that the Ports at Rosslare and Waterford along with Waterford Airport could play. The newly opened Kennedy Bridge at New Ross along with the developments planned for the M11 which would ultimately run into Rosslare Port would be significant facilitators of further development.

The announcement some days previously of the switch of the Brittany Ferries ‘Economie’ service to a Rosslare/Bilbao and a Rosslare/Roscoff schedule taking place on 28 February was warmly welcomed by all present. The planned service schedule can be seen by logging on to: https://www.brittanyferries.ie/ferry-routes/new-routes-from-rosslare. The facilities needed to operate the service have been put in place and local staff have been recruited. Hugh Bruton, the company’s General Manager for Ireland and Steve Aldred, Freight Sales Manager for UK & Ireland are confident of a strong take-up on the new Rosslare services but also were keen to stress that the Roscoff/Ringaskiddy Summer Season Cruise Ferry service now in its fortieth season and currently operated by the firm’s Flagship Pont Aven, will continue as before. The first sailing from Roscoff is scheduled for 20 March. The Rosslare services will accommodate all freight types, coaches and passengers with cars.

Simon McKeever, CEO of the Irish Exporters Association spoke to the gathering about the current state of EU/UK Brexit negotiations. He emphasised that these are going to be very tough and likely to run right up to very late in 2020, allowing very little time for the new Agreements to be signed off. He said: “There is a very high risk that there will be no agreement and that the greatly feared crash-out Brexit will happen”. Howard Knott