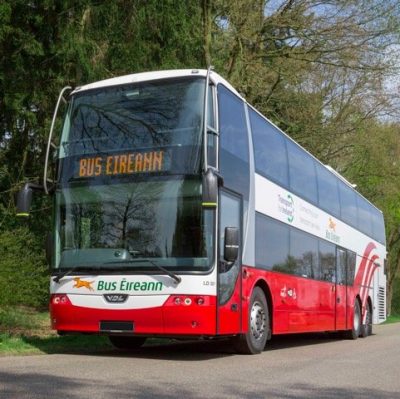 Bus Éireann will not be introducing any more diesel-only vehicles into its city and town fleets and plans to begin switching to diesel-electric hybrid vehicles this year.

Stephen Kent,  Bus Éireann CEO, said that by 2030, most of the Bus Éireann fleet would emit zero emissions while all diesel vehicles would be at least of Euro 6 engine emission standard. “Euro 6 engines offer up to 90 percent lower emissions than some of the current diesel fleet,” he said.

Addressing the Oireachtas committee on Transport, Mr Kent said in addition to the move to electric vehicles the company was exploring the use of hydrogen fuel cells. He said in 2020 Bus Éireann operated Ireland’s first hydrogen fuel cell vehicle in a trial route between Dublin and Meath, led by Hydrogen Mobility Ireland. The company is now planning to add three hydrogen-fuelled buses on route 103 in Co Meath by June of this year. Bus Eireann is committed to a move to hybrid vehicles and hydrogen-fuelled buses.

While there are many options for City Service buses when it comes to alternative drivelines, long distance inter-city is a different proposition. However for these routes Bus Éireann is exploring further use of hydrogen fuel cells while also investing in the latest Euro 6 diesel-powered vehicles. Stephen said the company would be switching to hybrid vehicles in city and town services, starting in Galway by the middle of this year. In Athlone, Co Westmeath, the company was working towards the introduction of electric, town services in partnership with the National Transport Authority.

Bus Éireann’s own company car and van fleet will be fully electric by 2025.