Home Breaking News Businesses up their game on climate disclosure but are still slow to... 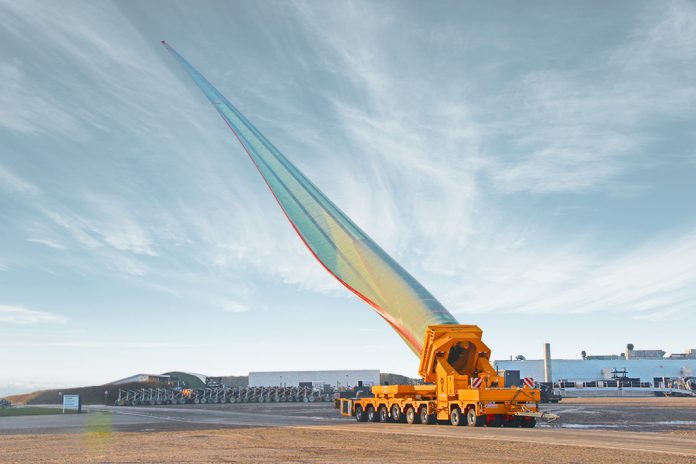 Businesses around the world are starting to improve their disclosure on climate risks but are not yet taking much needed action to address these risks and respond to the needs of investors and customers, according to the latest EY Global Climate Risk Barometer.

The report, now in its fourth year, looks at the extent to which organisations across the globe are reporting on – and taking action to mitigate – their climate risks and opportunities. It examines the efforts of more than 1,500 businesses in 47 countries to publish information, based on the 11 recommendations set by the Task Force on Climate-related Financial Disclosures (TCFD), which was established to improve and increase reporting of climate-related financial data. The Barometer scores companies on the number of recommended disclosures that they make (coverage) and the extent or detail of each disclosure (quality).

According to the Barometer, more organisations are now providing some level of information (better coverage) on each of the recommendations than in previous years. Where a score of 100% would show information being disclosed on all recommendations, this year’s average score is 84% – a steep rise from 70% in 2021.

The quantity and quality of disclosure varies widely across the countries surveyed, but as in the previous three reports, countries with rigorous climate disclosure regulation; a proactive investor community; and strong signals from policy makers, tend to see the highest scores. The countries with the best quality of disclosure include South Korea and Ireland, as well as several in Southern, Central and Eastern Europe, with the UK scoring highest of all on both quality and coverage.

However, companies are still struggling to improve the quality of their disclosures. The average quality score sits at 44% – just slightly above the score of 42% in last year’s survey. A score of 100% would demonstrate that a company is disclosing all of the details needed.

Despite burgeoning regulatory and political activity around climate change, and clear improvements in disclosure rules over the past 12 months – including the proposed standards from the newly created International Sustainability Standards Board (ISSB) – businesses are struggling to take practical steps towards decarbonisation. For example, only 29% of companies surveyed say that they report on the impact of climate change in their financial statements – a sign that they don’t have the data they need or that they have not calculated the impact; and more than half of the references to climate impact in these statements are qualitative rather than quantitative.

There are slightly more positive signs of progress in other areas. Almost half of organisations surveyed globally (49%) responded that they have conducted scenario analysis – which is also a TCFD recommendation – to examine the likely scale and timings of particular risks and prepare for the worst-case outcomes. Three-quarters (75%) responded that they have conducted risk analysis, and 62% have undertaken opportunity analysis, while 61% have disclosed decarbonisation strategies.

The survey also shows that companies are now giving more balanced consideration to different types of risks than in previous years. They are paying attention to both “transition risks” – stemming from changes in the economy brought about by climate change, for example slower growth in specific sectors – and “physical risks” that are a direct result of changes in climate, such as the consequences of increased rainfall. Last year, companies were more focused on physical risks (55%) than on transition risks (25%).

One area in which companies have shown a particular improvement is strategic planning around climate risk. The EY Global Climate Risk Barometer scores organisations’ strategies by examining, for example, the extent to which they factor climate risks and opportunities into their plans or how they build resilience through diversification. The coverage score for strategy has risen to 81%, from 65% in last year’s survey – indicating that more companies are at least disclosing some information in this area.

Lorraine McCann, Director, Climate Change and Sustainability Services, EY Ireland, says: “We’re witnessing a sea change in the regulatory landscape around sustainability and climate risk, with new regulatory bodies and proposed standards, as well as examples of individual countries introducing their own rules – so it’s not a surprise that companies around the world are improving their disclosure.”

“The TCFD recommendations are clearly having an impact from a disclosure perspective (Ireland has increased in coverage from 62% to 88% since last year) – but the quality of disclosures is still not where it needs to be. In fact, the quality of disclosures in Ireland has reduced from 59% in 2021 to 51% in 2022. This tells me that more companies are focused on ticking the box across the relevant TCFD disclosure areas, and failing to address the critical question which is “what is the financial impact of climate change in the financial statements?”

“Many firms are not disclosing enough detail on their climate risks; and they aren’t translating reporting into meaningful action to tackle the problem. This is where we need to see much more progress. If disclosure is to make an impact on decarbonisation it can’t be half baked.”

“There are signs of progress, not least in businesses’ efforts to build climate impacts into strategies, put in place risk planning, and publish decarbonisation strategies. But the fact that less than one-third of organisations report on climate impact in their financial statements, shows there is a pressing need for more action. We’re also seeing a growing trend for ‘greenwishing’ where companies set hugely ambitious climate targets, with little or no clear plan to achieve them. That might help companies in the short term, but without realistic targets they’ll be on a hiding to nothing.”

The report also highlights several steps companies can take to accelerate decarbonisation for their own organisations and the wider economy. These include treating disclosure as a means to an end, not an end in itself; setting meaningful targets; and exploring the opportunities borne out of climate impacts, as well as the risks.