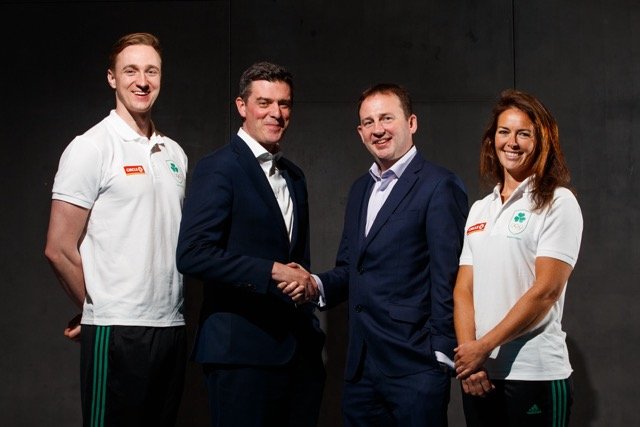 Forecourt retailer Circle K, is to support Team Ireland in a new agreement that will see the company become the Offcial Fuel and Convenience Partner to the Irish Olympic Team in their qualification journey and participation in the Tokyo 2020 Olympic Games. The two-year partnership backs the efforts of Ireland’s elite athletes in their preparations to represent their country on the biggest stage in sport.

With 420 service stations across the island of Ireland, over the coming months the partnership will be integrated across Circle K’s expansive network nationwide, ensuring visibility of its support of Team Ireland both in-store and on the forecourt.

Commenting on the sponsorship deal Niall, said: “Circle K is at the heart of communities across the country and we recognise the important role played by Team Ireland’s athletes within those communities as role models and ambassadors. We are therefore proud to be a part of each individual athlete’s journey and the collective ambition of Team Ireland ahead of the Tokyo 2020 games. Ireland, as a nation, constantly shows its commitment to its sportspeople across various disciplines and I have no doubt, with the support of a nation, the Tokyo 2020 games will be the making of many local heroes. We look forward to working with our partners in the Olympic Federation of Ireland and to fuelling Team Ireland’s athletes through qualifications and beyond.”

Peter Sherrard, CEO of the Olympic Federation of Ireland, added: “Niall and his team at Circle K locations all over the country are making a big statement through the support they are committing to Team Ireland as we prepare for Tokyo 2020, starting with this year’s European Games and European Youth Olympic Festival. Our athletes work extremely hard to represent us on the world stage so the support of a partner like Circle K means a lot at this decisive time.”

Important update on Level 5 Restrictions from RSA re Driver Tests,...