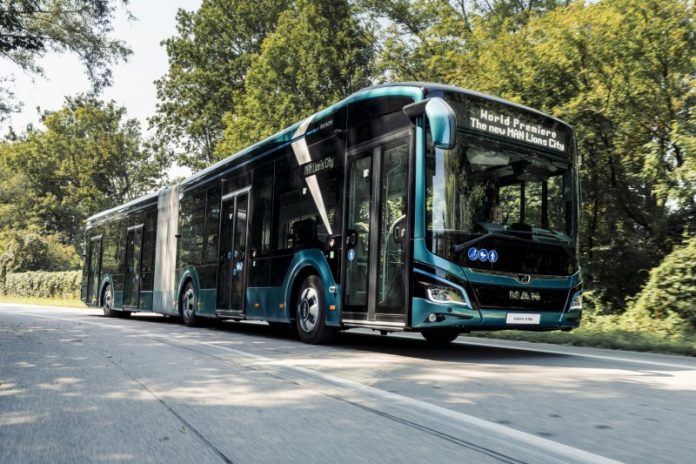 On its roadshow around Europe, it was hugely popular with drivers and passengers alike and it is already in service in locations including Hamburg, Munich, Wolfsburg, Belgium and Luxembourg. And it will soon be operating on routes in Nuremberg too – the MAN Lion’s City E.

Local transport operator “VAG Verkehrs-Aktiengesellschaft Nürnberg” has placed an initial order for 15 from MAN Truck & Bus, with a follow-up order for a further 13 MAN Lion’s City 18 E and 11 Lion’s City 12 E buses in the pipeline. “We are all delighted about the order from VAG Nuremberg for a total of 39 of our electric buses. It is MAN’s biggest e-bus sales success to date from a tender”, says Rudi Kuchta, Head of Business Unit Bus at MAN Truck & Bus. He adds: “It is also the very first order for our fully-electric articulated bus.”

Series production of battery-powered electric city buses began successfully at the beginning of October 2020 at the MAN plant in Starachowice, Poland. It began with the 12-metre solo version of the Lion’s City E. The fully electric Lion’s City E articulated bus version is set to go into series production in the first half of 2021. The first 18-metre buses produced will then be delivered to Nuremberg. 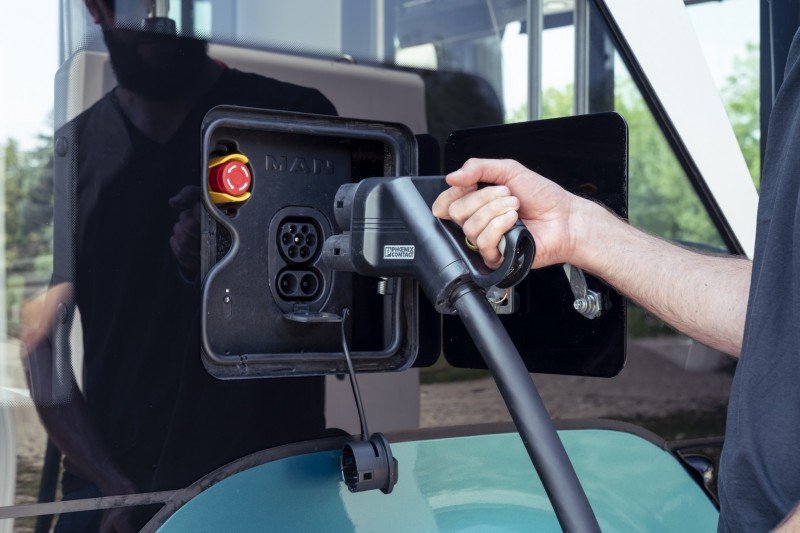 With the MAN Lion’s City E, VAG Nuremberg is putting its trust in a reliable e-bus with proven cell and battery technology. “In future, we will also be counting on e-mobility for our bus services. Our new city buses will be charged exclusively with green electricity. This will make them completely emission-free and also quiet. They also provide safety and comfort for our customers,” says Josef Hasler, Chief Executive Officer of VAG Nuremberg.

The Lion’s City 12 E can carry up to 88 passengers, the MAN Lion’s City 18 E up to 120 people. The high passenger capacity is also due to the optimised seating area at the rear, resulting from the omission of the engine tower. This means that the e-bus has additional seats and more pleasant and friendly lighting conditions. To power its e-bus, MAN relies on a central motor on the rear axle or, in the articulated bus, two central motors on the second and third axle, which has a hugely positive effect on the handling of the articulated version. The two driven axles increase stability and thus safety and achieve maximum energy recuperation when braking. The power for the fully electric driveline comes from the batteries on the vehicle roof, which have an installed capacity of 480 kWh (solo) and 640 kWh (articulated bus). MAN relies on sophisticated battery cell technology from the Group’s modular system. This allows MAN to reliably ensure a range of 200 km, up to 270 km in favourable conditions, over the entire service life of the batteries.

Charged in the depot or with a CCS charging connector, the long-lasting batteries guarantee easy integration into existing operating processes. To provide sufficient charging capacity for the electric city buses, the Nuremberg transport provider is building an e-bus port with 39 charging stations between its depot and workshop. This is set to be opened in mid-2021.

Including the new vehicles ordered, the VAG Nuremberg fleet is made up of around 200 vehicles – including diesel, natural gas, hybrid and electric buses. A total of 150 of them were supplied by MAN Truck & Bus. “MAN is the only supplier from which we will have all three drive types in use in the coming years. When we place orders, the crucial factors for us are always issues such as environmentally friendly drives, innovation and progress. For decades, we have been clearly pursuing the strategy of reducing emissions as far as possible. We see e-mobility as the future”, says Josef Hasler, adding: “But let’s not forget that service and a cooperative partnership are also extremely important to us.”

VAG Nuremberg and MAN have been working together on field trials for several years now. A MAN Lion’s City 12 and a Lion’s City 18 with MAN EfficientHybrid technology are currently operating in Nuremberg as part of a long-term vehicle test. “VAG Nuremberg is not only a good customer, it is also a partner in the development of the new MAN Lion’s City generation,” Rudi Kuchta explains. Employees from VAG Nuremberg were involved in the development of the new series as part of the city bus expert advisory group. Including the new vehicles ordered, the VAG Nuremberg fleet is made up of around 200 vehicles – including diesel, natural gas, hybrid and electric buses. A total of 150 of them were supplied by MAN Truck & Bus. 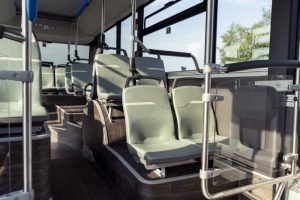 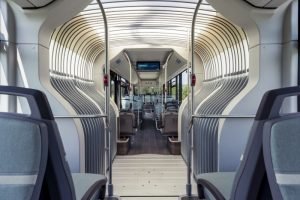