Home Bus and Coach Could some of the ‘Red Tape’ for Bus & Coach Operators be... 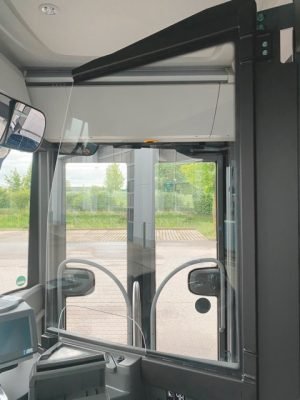 For Irish bus and  coach operators the return to normal business will be slow and difficult, more importantly, it is uncertain. Government financial assistance is going to be essential, but are there other areas of assistance that could be offered, writes Sean Murtagh.

On the Thursday before St Patrick’s Weekend, in an address to the nation by then Taoiseach (that will probably go down in history), Leo Varadkar announced that all schools in the country would be closed and the annual Parade along Dublin’s Streets would be cancelled. In the lead up, a number of tour coach operators had seen significant numbers of bookings cancelled. Sporting events were being postponed and schools and colleges were cancelling travel by bus to all events. By the middle of the following week almost every bus in the country was parked, for what seemed that would be a few weeks, maybe the end of the Easter holidays, at worst. Well as we all now know, that was not the case.

Four months later the industry has the opportunity to restart, get the buses moving again, but unfortunately it is not that simple. It will take some time for tourists to return to the country, and most people are nervous about being in crowded areas. Unfortunately, this includes buses and coaches. While the Government cannot make people travel by bus, the confidence to do this will only come as people feel safer and gain some confidence. Realistically it will take an effective vaccine to do this. While there is a lot of talk about one being available “soon” but no real sign yet.

The aid for all business from the State has been significant so far. Wage subsidies must stay in place for the foreseeable future for companies that will be slow to restart trading, this includes the bus business, at all levels.

A report commissioned by the Coach Tourism & Transport Council (CTTC) written by Economist Jim Power lays out in clear terms how the sector has been effected and what assistance it requires in terms of State assistance. Early indications are that the new Government are looking favourably at it.

Of course there are other areas that could be looked at that would not cost the Exchequer in financial terms. There are some anomalies in tachograph regulations that may become more pronounced post-Brexit. Also, now might be a good time to look at the crossover between CRVT testing and PSV Certification. While there are differing opinions on this, there are largely a duplication of each other. If both regimes are to remain then some of the tediousness delays and paperwork should be removed. A consequence of returning to activity for operators will be peaks and troughs in the need for buses/coaches. In the road haulage sector this is allowed for. If during a busy period, say the Christmas rush, an operator can add a vehicle to their licence on a temporary basis, once they produce an agreement from a hire company or a truck dealer. This process is not possible in the same fashion for bus/coach operators. As people start to return to using buses, operators will need to be able to hire vehicles at short notice for shorter terms, as their companies come back to life. Very little change in regulations could make this process more streamlined, allowing dealers to hire buses to operators until they have the confidence to purchase new vehicles.

As the bus and coach sector comes out of its slumber, not all will make it, there will be casualties. When the music stops there may not be chairs for everyone. It is important that everybody gets a chance and the industry and the Government must look at all possible to make that possible.

CTTC make a submission to review the National Development Plan