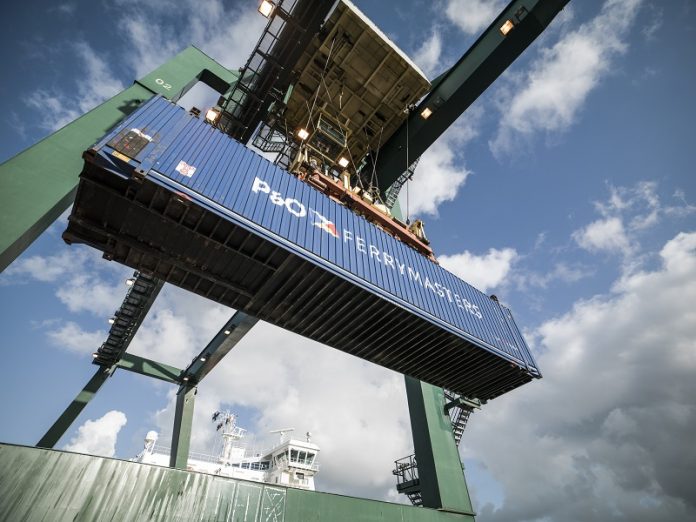 *Link between France and Britain is vital to the flow of goods, medical supplies and the economies of the EU

P&O FERRIES is reinforcing its freight operations on the Calais-Dover crossing as part of its commitment to maintain the flow of goods during the Covid-19 crisis. The United Kingdom and Ireland relies on P&O Ferries for much of its fresh food, as well as imports of medicines and other vital supplies. The crossing is also critical to the economies of France and the wider EU.

The shift to meet the challenge of the Covid-19 crisis is made possible thanks to the commitment and hard work of P&O Ferries’ workforce in the Port of Calais, who are taking on new roles in freight handling to keep food, medicines and other goods flowing. P&O Ferries is following the guidance of health authorities on both sides of the channel to protect the health and well-being of employees and customers. The check-in and loading process has been modified to avoid direct contact. Cleaning protocols have been intensified on ships, which have also switched from air-conditioning to fresh air.

Janette Bell, Chief Executive Officer of P&O Ferries, said: “P&O Ferries is doing vital work to ensure the supplies of food, medicines and other supplies to millions of people. In the average week we transport 25,000 loads of freight between France and Britain. The Calais-Dover crossing is also critical to the economy of France, as well as the UK, Ireland and the wider European Union. I want to thank every single member of the P&O Ferries team, especially our colleagues in Calais, who are keeping the flow of goods moving through this crisis. The well-being of millions of people depends on them. I urge all governments to back the commitment of our colleagues by designating port workers as key workers, to secure further the flow of goods.”

MAN Truck & Bus is closely following the Government guidelines, monitoring the ongoing situation daily. As a global company its pan-European network is receiving guidance from headquarters in Munich, Germany.

“As a business we are making the necessary and required changes to ensure that we look after our staff, our customers and our customer’s staff welfare. Supporting our customers throughout this time is of key importance and we have put a number of extra measures in place to ensure we continue to offer an outstanding level of customer service,” stated Simon Wood, Press & PR Manager MAN Truck & Bus UK.

“We, for example, have increased our fast moving part levels within our own branches by an additional two months stock. Our parts supply function, via our PCD in Swindon, supports both the UK and Europe and in the event of this facility having to close we will be able to supply parts direct from our Salzgitter facility,” he concluded. 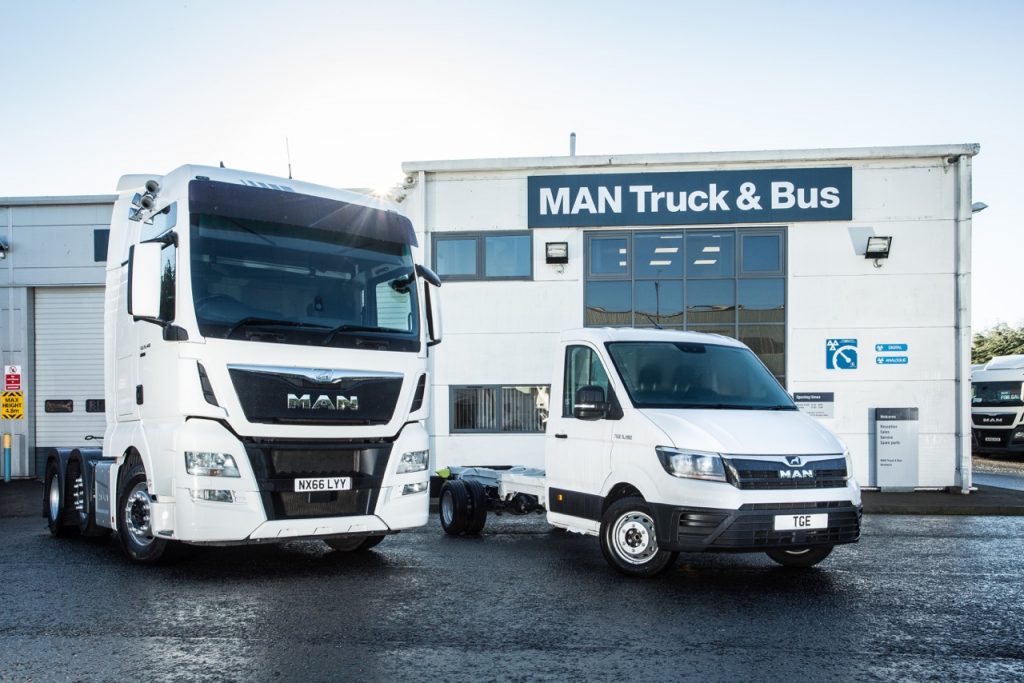 American Airlines is continuing to operate international widebody service to key locations around the globe, serving as a vital partner for freight forwarders and supporting global trade in the face of the coronavirus (COVID-19) pandemic.

American is also expanding its cargo capacity with more roundtrip flights between DFW and Frankfurt Airport (FRA) beginning March 26 – bringing a total of more than 40 widebody flights operating this week across the globe.

American’s network is augmented by its global trucking routes, offering additional opportunities for cargo capacity around the world.

“The air cargo industry plays a vital role in supporting the world’s economy and it’s more important than ever before that we continue to find solutions to serve our customers,” said Roger Samways, Vice President Cargo Sales.

On March 20, 2020 American deployed its first cargo-only flights since 1984 between DFW and FRA. Two Boeing 777-300 aircraft flew two round trips between DFW and FRA over the course of four days, transporting critical goods including medical supplies, mail for active U.S. military, telecommunications equipment and electronics that will support people working from home, and e-commerce packages. 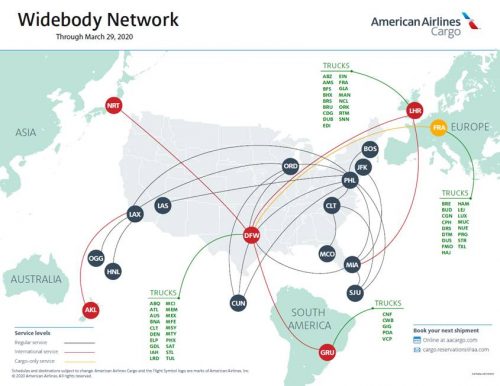