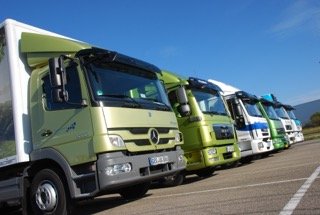 Yesterday it was reported that on the national road #1 in Southern Poland, a truck driver died in his vehicle. While waiting at a red light, the truck started to reverse on a slope without control.

Thankfully, another alert motorist entered the cab and saw the driver as he thought was ‘sleeping’. He pulled the hand brake and controlled the truck.

Sadly, other people around were afraid to go near it as they feared Coronavirus, so nobody took action, waiting in long queue for a long time for special ambulance to arrive.

Even an air ambulance helicopter landed nearby. But alas, too late, as this emergency medical action took too long, over one hour, and without success.

On the general transport situation, the Polish Government has introduced legislation  to allow trucks over 12 tonnes to drive on Saturday, which normally a holiday period.

Before the Easter holidays, border truck flow was better than expected with not so many stops and the waiting time was shorter. According to special survey, executed by Truck Parking Europe, 60 percent of Polish driver adhere to the new driving regulations introduced, allowing to extend the normal driving time. The survey also revealed that access to sanitary facilities for drivers at truck stops and motorway service stations is 50 percent worse than before epidemic, despite pleas from the European Union Member States and the International Road Transport Union.