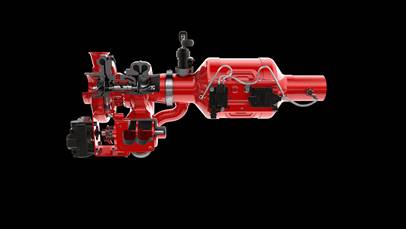 Cummins’ Components business segment latest research from its extensive R&D at Cummins Turbo Technologies will be unveiled at the Supercharging Conference in Dresden soon.

The latest white paper from Cummins Turbo Technologies, ‘Development of an Improved Turbocharger Dynamic Seal’, is being presented at the event by author Matthew J Purdey on Thursday 26th September. Detailing the latest research into turbocharger oil seal systems, the paper redefines what is possible from conventional dynamic sealing technology and highlights that Cummins have uncovered new levels of seal performance beyond what was previously thought possible.

Described as an enabler for all known turbocharger strategies, the new level of understanding means that the new turbocharger technology will provide a leap in performance that hasn’t been seen before.

Cummins will also have a series of products on display at the event which include the Integrated System, the latest concept design unveiled by Cummins Turbo Technologies and Cummins Emission Solutions at last year’s IAA Commercial Vehicle show in Hannover.

Born from a collaboration between the two components business units, the Integrated System seeks to drive efficiencies across the aftertreatment and turbocharger without either component compromising on the value it adds to the engine. The resulting Integrated System consists of three core technologies, the Integrated Rotary Turbine Control (RTC) Valve enables exhaust gases to bypass the turbine stage and enter the Close Coupled Unit after the gas has been injected with urea by the new Cummins UL4 Urea Doser injector.

Other products on display from Cummins Turbo Technologies include the Integrated RTC Turbo which is being shown as a standalone product for the first time, High Efficiency Wastegate (HE500WG), Exhaust Throttle Valve (ETV) and Turbo-Compound.