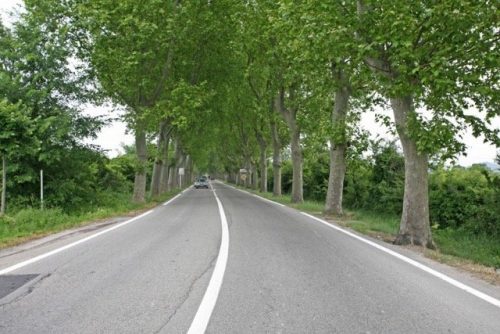 Manufacturers shut down their sales departments/head offices. Workshops, on the road service and assistance is still available within all truck brands. Big manufacturers have closed their factories.

The government has approved short time work for manufacturing companies affected by the coronavirus pandemic. There is talk of the need for closed borders for tourists and ordinary citizens for months. Queues are still forming on the borders with Austria, Germany, Poland and Slovakia.

Public transport reduced in many cities. In large cities, the blue packer zones are removed. The police monitor compliance with the ban on clustering and the wearing of masks in public. There is a significantly stricter regime for crossing borders.

The French Ministry of Transport has issued guideline regarding the movement of trucks in France.

The drivers need to have the French version of these two signed certificates with them at all time while they are in France.

Controls have been restored at the border by order of the government. These controls will see a refusal of entry applied to foreigners, except for, amongst other exceptions, workers carrying goods.

Nevertheless, if drivers do not have the required certificates they will be refused entry. This is for public safety in order to limit the spread of COVID-19.

For your complete information, and in order to maintain freight continuity, France is committed to preserving rest and services areas along motorways for drivers. Please find via the following link a map with their location : https://www.bison-fute.gouv.fr/tout-savoir-sur-l-ouverture-des,langen.html .

The government set new, strict rules on Monday night to prevent gathering and clustering. Fines are handed out if there are more than three people together on the street or if shops have so many people inside that the 1.5 meter distance rule cannot be guaranteed. The package of measures will be extended until 1 June. The closure of schools will be reconsidered around 6 April.

In contrast to the rest of the country in the Tessin – Italian speaking part, yesterday, Monday have shut down most construction sites and most industrial production. This led to hassle between the national government which is in charge since the state of emergency was called (March 16th) and the local Tessin government.

Sweden is not so badly affected yet. Domestic transport rolls on. More transport of food – than normal – since many bought more than they need right now.

Transport to / from industries is decreasing. Volvo and Scania, as you know, closed their factories and at the moment a large aluminum factory has  temporarily laid off staff due to material shortages.

The Rasta Group which has 26 restaurants along the major roads in Sweden said that the number of drivers using these facilities was about the same as normal. Most of Rastas facilities had regular opening hours, but some staff had been temporarily laid off as the number of private customers and bus travellers has decreased sharply.