Home Editorial Differing arguments and Viewpoints on the M20 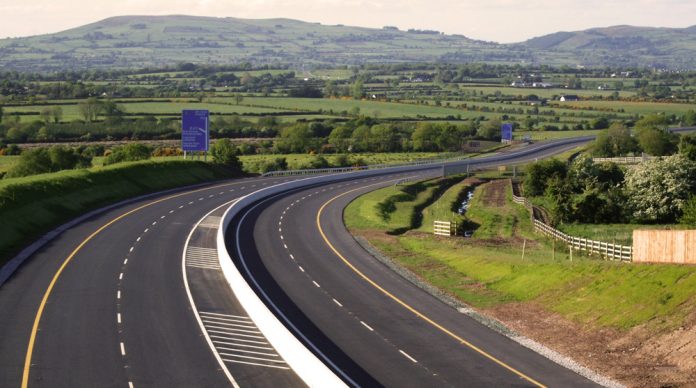 In last month’s column I wrote about people making decisions from communities and circumstances that they are sometimes far removed from in terms of where they live and their actual involvement in that area.

Now that the National Development Plan has been announced and the future of the M20, joining Limerick and Cork cities, looks somewhat safer, it is worth looking back at an exchange between the Taoiseach, Leo Varadkar and an ERSI Researcher & Professor of Economics at DCU, Edgar Morgenroth. The Taoiseach was claiming that the motorway would encourage growth between the two cities. Both men spoke in separate interviews on the national airways on the matter. Mr. Varadkar outlined his position on RTE Radio’s News at One on Sunday, while Professor Morgenroth, gave his response on Morning Ireland on the same channel the following morning. Having heard both pronouncements, I was saddened to think that public opinion would be formed by a small section of society.

For a moment let me recap on what both men said. There is no doubt Mr. Varadkar’s position is hugely influenced by his TDs in and between both cities. He said that the Government’s position was that it made sense, and that the new motorway would allow Limerick and Cork to grow faster than Dublin in the next ten to fifteen years. Professor Morgenroth, on the other hand, said that the new motorway would do no such thing. His contention was that the cities need infrastructure built within rather than between them. I do not think there is a difference between either type of infrastructure in terms of the importance. Towards the end of the interview, Professor Morgenroth suggested that a new motorway would undermine the Government’s commitment to reducing the national carbon footprint.

The problem I see with the Professor’s intervention is that he brought opinions to debate level, but he should have brought further information too. I was a bit disappointed in some of the media comment afterwards. The Professor, in my opinion presented a professional opinion in a political fashion and the mainstream media bought it. We have officials, particularly in Dublin, making comments and decisions about public transport and infrastructure in general that lean in certain directions with limited questioning.

Further evidence that some experts can use their professional standing came in an interview with Pat Kenny on Newstalk in the following days. A spokesperson for Engineers Ireland was talking about the development of the motorway network when Pat pointed out the Professor’s weekend comments. He posed the question; “Are you suggesting that this eminent man does not know what he is talking about?” The interviewee hesitated and I thought he was going to be brave and say “yes”, but in deference to the integrity of his association and possibly his own position, he responded timidly: “Well in this case we don’t agree with him.”

There are many advantages in having the route completed. Purely in terms of the road haulage industry, this motorway needs to be built. Currently a delivery truck serving industry could, without difficulty and legally, make three round trips between Limerick and Galway, while the same vehicle would struggle to do two round trips on the slightly shorter route to Cork. Coach tour operators planning day trips for holiday makers stepping off a cruise line ship in Cobh could have more options for getting people to the Cliffs of Moher, for example. A quote from the CEO of Munster Rugby, while almost funny, gives a real insight to the need for the route when he said; “We prefer to hold our meetings in Portlaoise, because it is easier for our officials from both Limerick and Cork, than to travel to each other’s city.”

I am not questioning Professor Morgenroth’s credentials, but I would prefer if he presented information instead of his opinions in a more balanced fashion.

Temperature-controlled transport on the increase across Europe