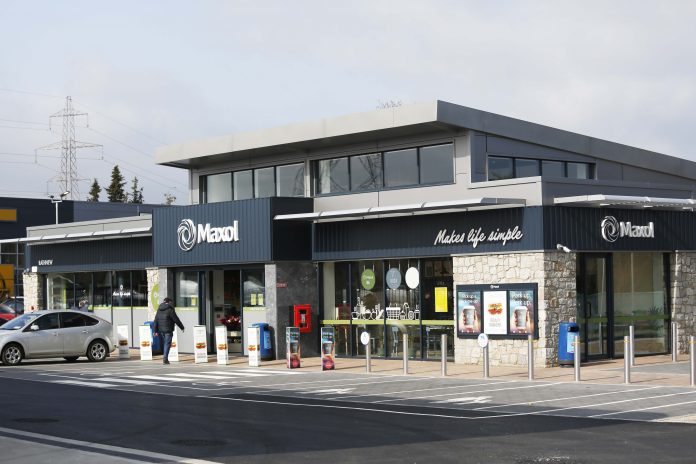 Brian Donaldson, the CEO of The Maxol Group confirmed that diversification was at the core of the company’s growth strategy, as evidenced by its move into the green energy sector earlier this year and the impact of its food offering on the company’s profitability. He also announced details of the company’s investment strategy, its food programme, immediate plans for the business, including the release of the company’s centenary book and a new loyalty programme.

The latest figures for the company showed a profit of €17.8M for 2019, up 14% from €15.5M on the previous year. There are more than 1,000 people employed indirectly across The Group (North and South) including at its 237 forecourts. 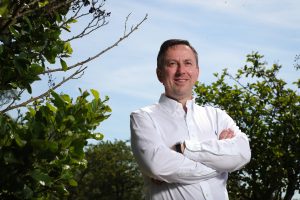 This year marks 100 years of business in Ireland for Maxol, and the company had major plans at the outset of 2020 to celebrate the milestone. “We had a packed schedule of celebratory activities that began with a large-scale national radio sponsorship. We had plans for our biggest ever retailer conference, events with our brand ambassador, Jacob Stockdale, and at that point, we were finalising the last chapters of our centenary book. Then the pandemic hit,” explained Brian.  As with many businesses in Ireland, the business operation and its priorities changed overnight.

“We had never seen anything like it. Within two weeks, we had invested more than €50,000 across the business in health and safety measures. Businesses had to take unprecedented measures in unprecedented times, and Maxol was no different; we reduced average serving times from three to two minutes in a massive effort to reduce time in-store, along with queuing time outdoors. Perspex screens, enhanced cleaning, staff training and a further investment in advertising to let people know that we remained open and committed to serving communities safely ran side by side with our daily operations.”

Meanwhile, the company’s deli offering, a key focus of the business in its expansion strategy, had to be adapted quickly; fuel sales plummeted, and all eat-in dining options had to be suspended. “Eight months on, aided by the fact that Maxol is an adaptable and agile business, the dust has settled somewhat and we are fortunate in that we have nonetheless been in a position to make some exciting announcements and implement positive changes.”

Maxol is one of the few private, family-owned companies that has reached a 100-year milestone, a landmark moment for the fourth-generation business founded by the McMullan family in 1920. One of the key celebratory initiatives undertaken by the Group was the production of a centenary hardback book, Maxol 1920–2020: Celebrating the First Hundred Years of an Irish Family Company, which was written and compiled by Irish author and historian, Turtle Bunbury. The book captures Maxol’s 100-year legacy including the vision of William McMullan and the generations to follow.

Printing of the book was delayed to allow for the addition of a chapter on Maxol’s response to the COVID-19 crisis with the launch now scheduled for the end of November.

Since 2012, the company has invested almost €200M in both new sites and the redevelopment of its existing network. Despite the ongoing pandemic, this year saw a company investment of almost €20M across 16 sites including Dolphins Barn, Ballinteer, Dooradoyle, Ardbrae and Newbridge.

Maxol’s first greenfield location since 2016 was opened at Rathnew in Wicklow following an investment of €3.75M, creating 20 new jobs. Maxol Rathnew opened in the early days of the pandemic in Ireland with immediate modifications being made to the premises. A further €14M investment is planned for 2021, which will see the conclusion of this phase of the company’s Capex programme.

Maxol marked its move into the green energy sector in July with the launch of bright, a 100% green energy company founded in partnership with energy entrepreneurs Ciaran and Stephen Devine of Evermore Energy.

“We are a hugely ambitious company, continuously looking at ways in which we can differentiate, diversify and evolve,” added Brian. “Bright, which is the coming together of two family-owned businesses was a huge step for us, and indeed one of the most important on our environmental journey. Bright is a genuine challenger in the energy market; it is value led, easy to use and understand, and offers everything in one place using one tariff and app-based technology.”

Maxol’s environmental journey has evolved over many years as the company looks to reduce its environmental footprint and make the greener option the easier option for its customers. It was one of the first retailers to offer 100% compostable cups and lids, discounts are provided to customers who use a reusable cup when purchasing hot drinks, and the company has been installing compostable and recyclable bins across its service stations to support customers’ recycling efforts.

“We also harvest rainwater for our car washes,” he said. “It’s about the journey for us and taking steps to create a more sustainable business model. It isn’t something that can happen overnight, but we are taking a well-thought out and realistic approach when it comes to reducing our carbon footprint. Only in the last couple of weeks, we announced a new carbon offsetting programme in association with Greenprint, that aims to offset 100% of carbon emissions with our new premium fuel range. It’s another exciting step for us in the future of greener motoring.”

The company is also diversifying in other ways, including in its fuel offering. By providing a mosaic of different types of fuel including more bio-friendly fuels and other lower emission fuels, Maxol is ensuring it caters to every driver’s needs. The Group’s new Premium fuel range is a better fuel option with fewer pollutants and offers improved vehicle performance, better power and acceleration, whilst reducing engine deposits.

With electrification also gathering momentum, Maxol is ensuring its forecourts have an infrastructure in place to support greener motoring. There are now charging points at 8 Maxol service stations in Dublin, Cork, Wexford, Meath, Kerry, Derry, Antrim and Down.