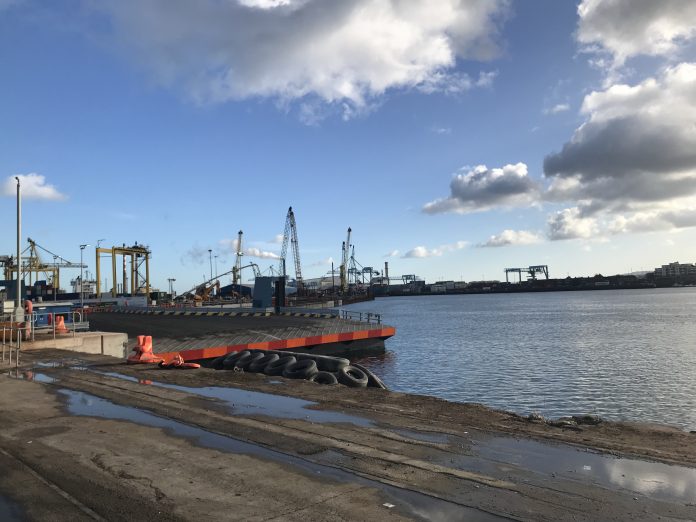 Dublin Port Company has reported its third quarter trading figures for 2020. The latest figures show an increase in overall port tonnage of 1.2% for Q3. After nine months, volumes are down by -6.9% compared to the same period last year.

Having seen a decline of -4.8% in Q1 (which had been attributed to Brexit stockpiling in the first quarter of last year), there was a further and steeper decline in Q2 of -17.0% as Covid-19 impacted the country.  Since then, monthly trade volumes have been comparatively strong culminating in growth of 1.2% in the third quarter from July to September.

Bulk liquid volumes, primarily petroleum products, declined by -20.4% to 972,000 tonnes during the quarter and are down by almost the same level (-18.4%) year to date.

There were no cruise ship calls to Dublin Port in Q3 and none is anticipated for the remainder of the year.

“We had a weak start to the year with volumes down in the first quarter by -4.8% because last year began so strongly due to Brexit stock-piling.  The second quarter was very poor with volumes down by -17.0% as Covid-19 hit.  To see growth of 1.2% in the third quarter is remarkable and the outlook for the full year is nowhere near as bad as we had feared it might be just a few months ago.

“At the rate we are going, we could end the year down by not much more than -6.0%. By comparison, after the peak of 2007, we saw declines of -4.4% in 2008 followed by -10.4% in 2009.  Importantly, our monthly volumes during this recession are a million tonnes ahead of where they were at the corresponding point in the previous recession.

“We have seen growth in export volumes in each of the last four months and strong growth in unitised volumes (Ro-Ro and Lo-Lo combined) of 3.1% in the last three months.

“The most dramatic impact from the recession has been the decline of one-fifth in petroleum imports both in the third quarter and year to date.  One-third of all of the country’s energy requirements are met by petroleum imports through Dublin Port.  We now have planning consents in place to redevelop what is, today, nationally critical energy infrastructure for other cargo handling purposes as the country moves away from hydrocarbons.  Covid-19 has given us an insight into the coming energy transition, and we have prepared for it.

“While the impact of Covid-19 is a continuing challenge, we are now also facing into the uncertainty and unknowns of Brexit in less than three months’ time.  On the plus side, there has been a significant addition of new services and capacity on direct routes to Continental Europe in recent months – including to Rotterdam, Zeebrugge, Santander and Leixões – giving more options to the landbridge route for shippers who can cope with longer transit times.  In addition, we have been working intensively over the last two years with the OPW to provide infrastructure for border control and inspection services by State agencies and very substantial facilities are now in place and ready to go.

“However, Brexit, and how it will impact trade flows and port volumes, remains a major unknown.  Like everyone else, we hope that a trade deal is done which obviates the need for much of the infrastructure that has had to be provided to mitigate this risk.  Dublin Port Company alone has invested €30m to prepare for Brexit.”