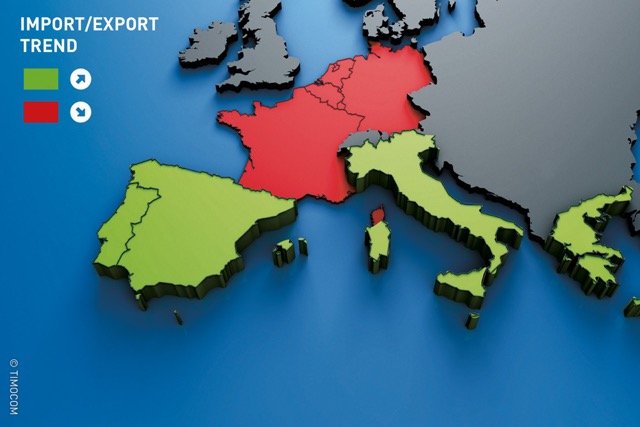 Germany, France and the Benelux states are feeling the affects of the global economic slowdown. These are the current numbers on the TIMOCOM transport barometer which the IT company uses every quarter to document the development of transport offers and requests on Europe’s largest freight exchange.

The number of freight offers made on the market via TIMOCOM from the beginning of April to the end of June 2019 was 20 percent lower than in the same quarter last year. “The US Government’s protectionist economic policies are hampering global trade, which in turn reduces the amount of goods exported. Export oriented countries such as Germany, France and the Benelux states are suffering the worst effects,”stated TIMOCOM Business Analyst David Moog. 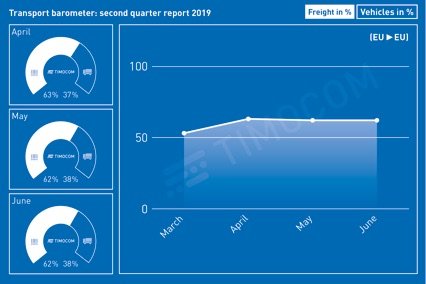 In total, the freight smart app, which companies can use to place and manage their freight transport offers on the freight exchange, hosted 21,817,810 offers in the second quarter; the number of offers for the same period last year was 27,565,605. Moog reports that the decline is largely affecting the transport of industry and investment goods, from the supplier industry amongst others.

The impending Brexit is also taking its toll. “After transport to Britain increased in the first quarter as companies increased the amount of goods in stock, we are now seeing a market downturn,”reported David. For example, the number of exports from Europe to Britain in the second quarter decreased by 56% in comparison to the same quarter last year, according to TIMOCOM.

This despite the export developments in Southern Europe. Italy, Spain, Portugal and Greece transported significantly more goods to other European countries this quarter than in the previous year, with a growth of 21%. Moog: “The fruit and vegetable season in these countries is in full swing.”

The transport barometer is an instrument used by the IT company to analyse, per quarter, trends in transport offers and demand as found on the freight exchange, part of the TIMOCOM Smart Logistics System. With more than 130,000 users and up to 750,000 international freight and vehicle offers daily, TIMOCOM is the largest digital system for road transportation of goods in Europe.