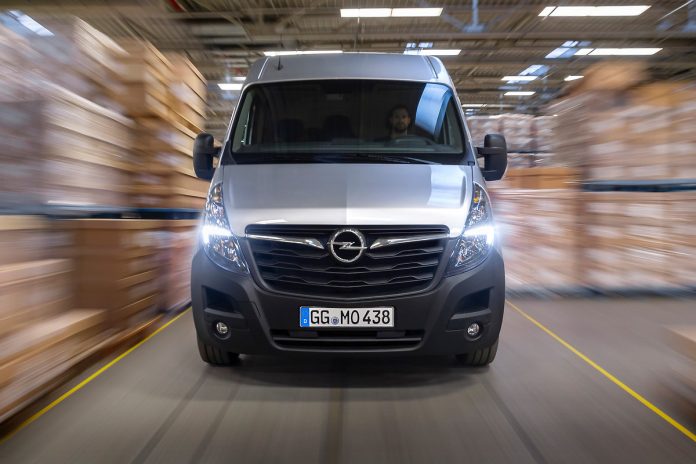 Opel is continuing to push forward with its electrification offensive. During the SHIFT Mobility Conference in Berlin, Opel CEO Michael Lohscheller announced the company will launch an electric version of the Opel Movano light commercial range next year.

“We will therefore offer an electric version of each vehicle in our light commercial vehicle portfolio as of 2021 already,” said Mr. Lohscheller.

An electrified version of the Opel Combo will also be at dealers as next year. And the new Opel Vivaro-e will be delivered to the first customers next month. “Electrification is particularly important in the light commercial vehicle segment,” he said. “Whether as a delivery vehicle for the last mile or for use by craftsmen: With Combo, Vivaro and Movano, we offer our customers the option of emission-free driving in city centers in numerous individual variants.”

Opel is also continuing the systematic and rapid electrification of its passenger car range. The battery-electric Corsa-e and the Grandland X Plug-In Hybrid have been on the market since the first quarter of 2020. The family-friendly Zafira-e Life van will follow in the near future as a purely battery-electric version. And the completely new Mokka, which represents the future design of the Opel brand like no other vehicle, will also be available as a fully electric version right from the market launch. Electrified versions of the Opel Combo Life and the completely new Opel Astra will also follow next year.

“In the coming year we will be offering our customers nine different electrified models and are therefore well represented in the most important segments,” said Michael Lohscheller. “We promised ‘Opel will be electric’ – and we will deliver. We are taking a leadership role in terms of CO2. We will also be offering all models in an electrified version by 2024.”

With its consistent electrification offensive, the focus on future-proof models and a further improvement of the efficient combustion engines, Opel has significantly reduced CO2 emissions in the recent past. The brand with the Blitz had already reduced the average fleet emissions by 20 grams by the end of 2019 compared to the end of 2018. In addition, in the first half of 2020, Opel succeeded in reducing CO2 emissions of its vehicles in Germany by 13.5 percent compared to the same period of the previous year – the largest reduction of all manufacturers with at least a two percent market share.

The announcement of the electric Movano marks the next step of Opel’s ongoing push in electric mobility and the reduction of CO2emissions. Together with Groupe PSA and Total, through its subsidiary Saft, Opel has signed an agreement for the creation of the joint venture “Automotive Cells Company”. With this partnership, the parties are setting up a world-classplayer in the development and manufacture of high-performance batteries for the automotive industry from 2023. The R&D centre in Bordeaux and the pilot site in Nersac (France) have already started in order to develop the new high-performance lithium-ion technologies. At the end of this R&D phase, production is planned to be launched in two “gigafactories”, in Douvrin (France) and Kaiserslautern (Germany).

In addition, the Rüsselsheim-based carmaker has already installed 350 charging points for its growing fleet of electric vehicles in its hometown.