Home Breaking News Employers driving away older workers – 65% of over 55s in Ireland... 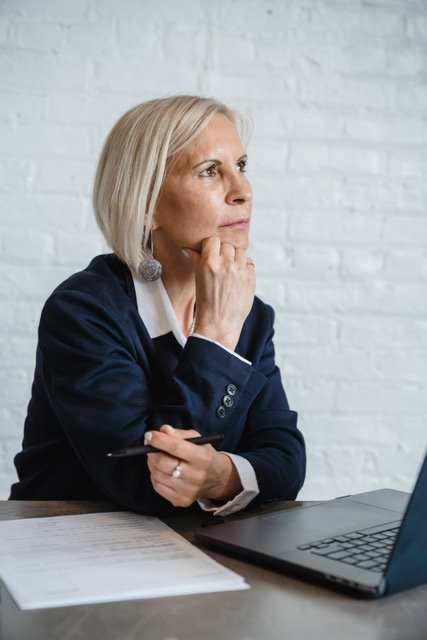 Two in three Irish white collar workers over the age of 55 have been overlooked for a promotion in the last year – compared to over a third (39%) of professionals under the age of 30, who have received a promotion. That’s according to an upcoming Diversity & Inclusion report from recruitment consultancy Robert Walters – highlights how in spite of a fiercely competitive hiring market in Ireland, over 50s are being overlooked for opportunities in favour of much younger and less experienced workers.

In fact, in a survey of 2,000 professionals, a third of over 55’s stated that they are not at all aware of what they need to do to receive a promotion, in comparison to just 12% of Gen Z (18-25 yrs) professionals.

Suzanne Feeney, Country Manager of Robert Walter Ireland, commented on the findings: “With professional job vacancies continuing to climb at near-record levels, causing a severe skills shortage, we cannot afford to overlook such a crucial part of our workforce. Irish workers over the age of 50 come with bags of experience both professional and personal, and have a well-sought after resilience to economic upheaval considering the number of financial or political changes they have weathered in their career.”

Over 55’s leaving the workforce

Statistics from an upcoming report from Robert Walters show that Boomers (56-75 yrs) and Gen-Xers (41-55 yrs) are in a better position to take early retirement – with double the number of older professionals receiving higher pension contributions as a key workplace benefit compared to Millennials (26-40 yrs) and Gen-Z (up to 25yrs). Not only that, but the same research found that a fifth (20%) of over-50s feel their manager doesn’t take the time to understand their personal challenges – the highest % of all the age groups surveyed. According to the survey, the three main challenges for over-50s progressing in their career are the lack of opportunities (45%), difficulty in balancing work and personal lives (35%) and lack of training (20%).

In place of traditional work, a new phenomenon is working its way up the age bands – with more people over 50 taking on casual work or a ‘side-hustle’ to avoid the challenges of full-time employment. In a recent poll by Robert Walters Ireland, 47% of over-50’s in Ireland said that they are open and actively looking for part-time work outside of their full-time job with freelancing, consulting roles, and project-based work aligned to their main professional skillset being the most popular part-time roles.

Increasingly we are seeing more over-50’s step into the social media and influencer space – where not only are older professionals using TikTok to explain complex areas in their field of work like finance, real estate, or law – but also providing lifestyle tips to their age demographic around fitness and style.

The push for a focus on over 50s role in the labour market comes off the back of the CEO of British retail giant John Lewis – Sharon White – calling for older workers in the UK to return to the workforce to prevent ‘stagflation’ – the economically dangerous triad of rising prices, rising unemployment and slow economy growth.

Recruitment consultancy Robert Walters warn that employers in Ireland must act now to retain older workers if they want to avoid over-paying less experienced workers to fill a skills hole.

The top 5 workplace perks appealing to over-50’s include:

Suzanne added:  “Employers should be concentrating on resolving the issues deterring over-50s from work. They need to compete with the allure of early retirement and more casual work options by implementing skills-sharing schemes to help stimulate promotion opportunities for mature workers, or establishing more accessible hybrid-working options to accommodate the need for flexible working. If we have learnt anything from the past few years it is the importance of employers being receptive to the needs of employees – both current and prospective. In times of economic uncertainty and a global skills shortage, we simply cannot afford to lose our most experienced and skilled mindsets.”