2019 was an excellent year for heavy-duty truck sales in the United States of America. But 2020 looks uncertain for two reasons: the economic slowdown and the consequences of COVID-19. 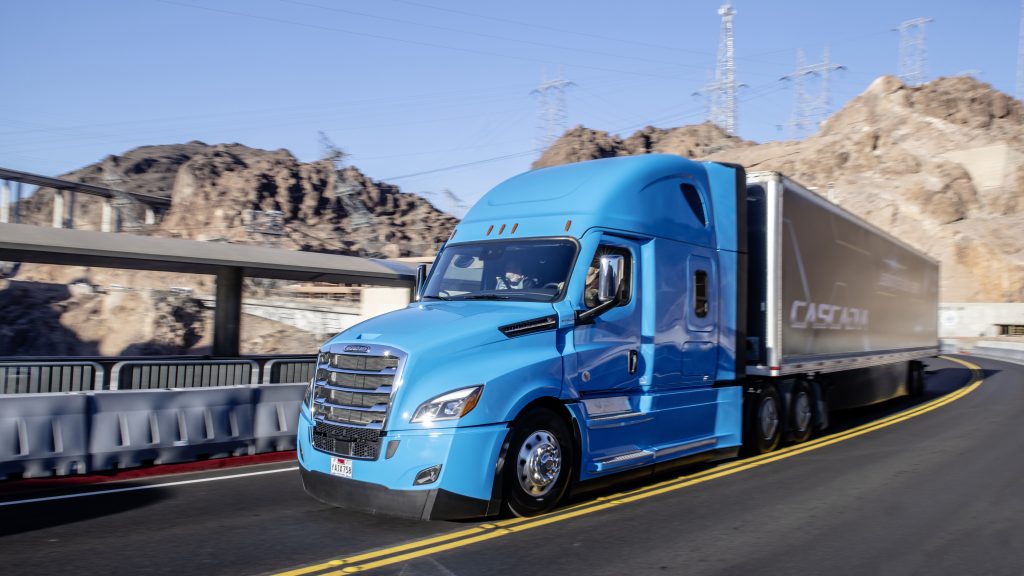 In the North American commercial vehicle market there are eight different weight-based classes. Light-duty trucks fall into Classes 1 and 2, medium-duty are categorised Classes 3 to 6, and heavy-duty trucks fit into Classes 7 and 8. The Class 8 segment (for trucks with a GVW of over 15 tons), in particular, is crucial for the Stars and Stripes truck manufacturers – because it’s massive. Last year it grew by 10.3% – from 250, 545 units in 2018 to 276, 348 heavy truck sales in 2019. While impressive, this wasn’t a record; as back in 2006, more than 284, 000 vehicles hit the road.

Canada and Mexico also did well

While the United States market was buoyant last year, two North American Free Trade Agreement (NAFTA) countries – Canada and Mexico – also had a good 2019. Overall, last year in the NAFTA area, about 340, 000 trucks hit the road, compared to the 300, 000 units of 2018, which was already considered an excellent year for the Class 8 heavy trucks. 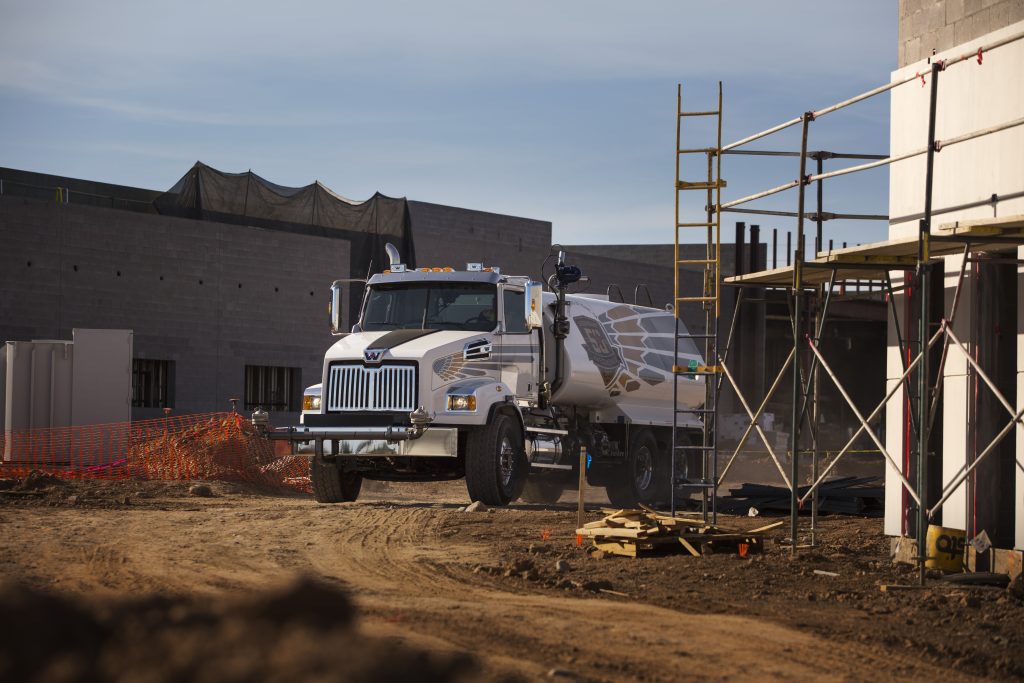 The Daimler Group – with the Freightliner (which has a strong presence in long-haul tractor-unit segment with the 6×4 Cascadia range) and Western Star brands (best known for Vocational trucks) – dominates the heavy-duty segment. Freightliner alone enjoyed a market share of 36.5% in December 2019. Practically, this means that more than one in three Class 8 trucks in the United States is a Freightliner-badged vehicle. Daimler’s market share in Classes 6 to 8 was 37% in 2019, slightly down from 38,4% in 2018. 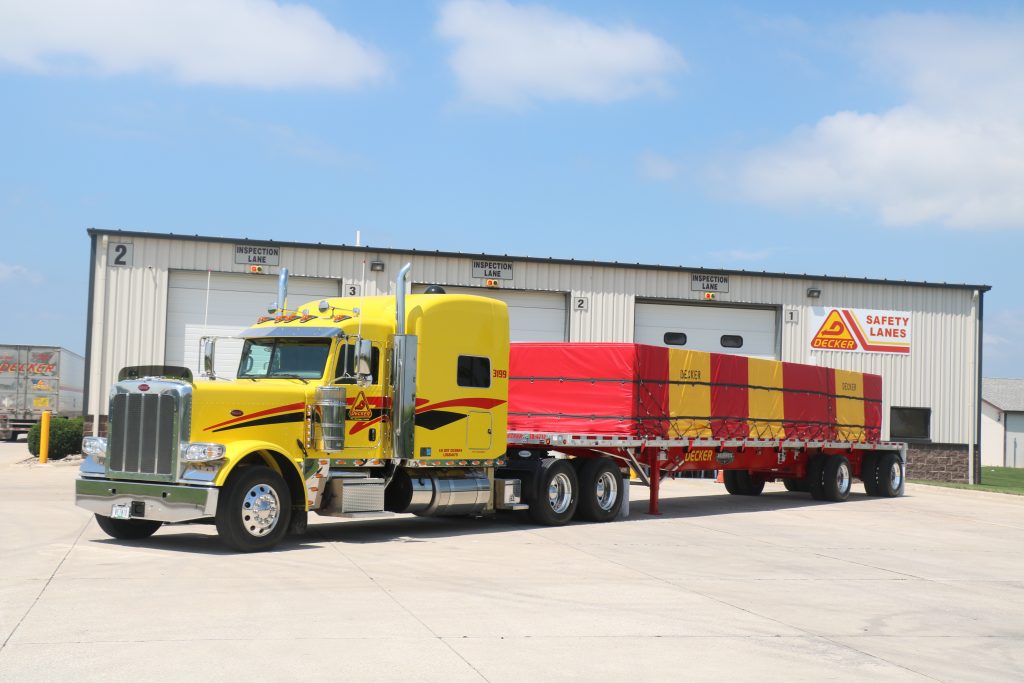 The other leading players in the heavy sector are Volvo Trucks North America (9,2% market share) and MACK (a brand belonging to the Volvo Group) with 7.7%.

In October last year, at the North American Commercial Vehicle Show (NACV) in Atlanta, Georgia, all the major truck manufacturers announced that they expected a market downturn in 2020. The most credible forecast was for a Class 8 sales volumes around 240,000 units in the three NAFTA countries, namely the United States, Canada and Mexico. “We see next year as a solid replacement volume year,” predicted Peterbilt General Manager Jason Skoog, during a media briefing at the NACV. 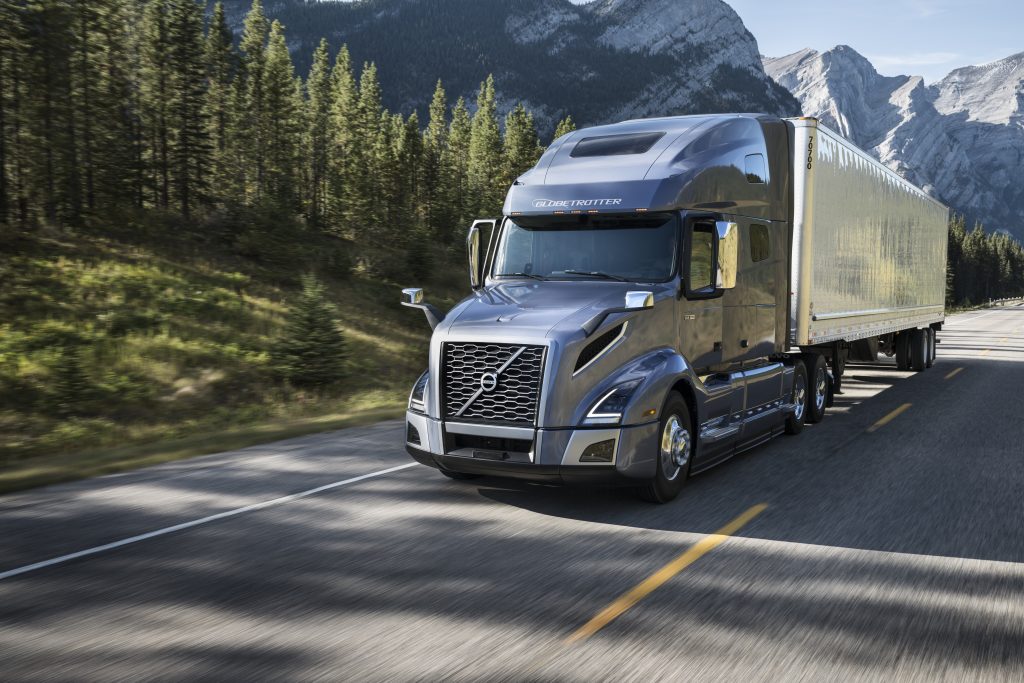 Of course, at that stage, no one had even heard of COVID-19; the predictions were attributed to the North American economic cycle and the uncertainties as a result of the ongoing trade war between the United States and China.

The predictions for 2020 rested on three assumptions. The first was a decrease in the demand for transport (and vehicles) for long and medium-haul applications. It was expected that this would be partially compensated, however, by substantial stability in the vocational segment, especially within the construction sector.

The second was a robust increase in the gross domestic product (GDP), sustained by ongoing and unchanged consumer expenditure. The third assumption was stability of the diesel price, at around $3 per gallon (roughly 0.72 euros per litre).

However, already in November and December 2019, there was a downward trend in heavy-duty truck sales. Last November, in particular, the order book for Class 8 trucks stood at 17,500 units – reflecting a sharp drop of 20% versus the previous month. If we consider incoming orders for all Class 5 to 8 vehicles, the decrease was around 15% over the previous month and 38% down on November 2018.

Effects of the epidemic

The downward trend of heavy-duty truck demand in the United States also continued in December, with sales down 11,4% compared to the same month in 2018 (23,119 units, against 26,083 vehicles). And things didn’t improve in the first two months of this year either…

The year started off relatively well for the truck industry as Americans panic bought whatever they could in the first Quarter of 2020. However, this didn’t translate into truck sales. In January 2020, orders for new trucks stood at 17,700 units (they were around 25,000 in January 2019). In February, the total dropped to 14,100 units, against the 17,000 to 20,000 vehicles predicted by automotive sector experts.

The weakening of the economic cycle in the United States, the increase in stocks of unsold trucks and the possible effects of the pandemic on the transport demand have led Act Research, a Columbus-based (Indiana) company specialising in market research, to lower its sale estimates for this year. Act has reduced its forecast of 224,000 truck sales (made in February) to 209,000 (at the beginning of March) and down again to 170,000 vehicles.

Who knows if the 170,000 forecast will even be achieved? According to the Wall Street Journal, truck rates are falling as the Coronavirus shuts down transport demand. “Truckers that aren’t moving food, medical supplies or other essential items ‘are sucking wind’,” Jeff Tucker, Chief Executive of Haddonfield, N.J.-based freight broker Tucker Company Worldwide Inc, told the newspaper recently.

Last year was described as a “trucking bloodbath” by many – thanks to the fact that there were more business failures than usual. (The most significant was that of Celadon, a truckload carrier that grossed $1 billion as recently as 2015. It filed for bankruptcy in December, leaving 3,000 drivers unemployed. FreightWaves described this as the largest truckload bankruptcy in history. Now, thanks to the weakening economy and the arrival of the Coronavirus, many fear even more bankruptcies in America’s $800 billion trucking industry in 2020.

There is one piece of positive news to emerge from this situation, however. Used truck values are plummeting. Therefore, it’s the right time for transport operators to buy a good quality well-priced second-hand truck.

Box 1: The race for alternative propulsion

One of the hot topics in the heavy-duty segment (Class 8) in the United States concerns the introduction of electric-powered trucks. For the time being, the attention of the leading truck manufacturers has focused on battery-electric trucks for urban, suburban or regional transport applications.

But, in the long term, fuel cell trucks will come to the fore. Fuel cells are fed by hydrogen in a gaseous form stored onboard in cylinder tanks at a pressure of around 700 bar. The fuel cell trucks should be able to operate cost-effectively over long ranges while boasting close to zero environmental impact if the hydrogen is obtained by water hydrolysis and using electricity from renewable sources.

In the battery-electric truck sector, the most recent developments concern the first deliveries to logistics operators by Freightliner (these are the heavy-duty Class 8 eCascadia and eM2 medium-duty delivery trucks).

Volvo Trucks North America has also come to the battery-electric party with its VNR Electric. A total of 23 VNR Electric trucks are intended to hit the road as part of the Low Impact Green Heavy Transport Solution (LIGHTS) project to test green transport vehicles in Los Angeles county.

Box 2: Autonomous driving of the future

SAE Level 4 autonomous driving (without a driver on board, but only for a specific application, such as hub-to-hub transport) for Class 8 trucks is another area of research on which the North American vehicle manufacturers are concentrating.

The United States offers unique opportunities for the development of these solutions for two good reasons. On the one hand, truck manufacturers and software developers have to deal with a single legislator, namely the United States Department of Transportation. On the other hand, regular traffic flow on North American highways is an ideal condition for autonomous driving from one hub to another, even when the hubs are located thousands of kilometres apart. Once the truck leaves the highway, a flesh-and-blood driver takes it to its final destination.

The Daimler Group is working on this solution through its North American subsidiary Freightliner which, in 2015, presented the Inspiration Truck, a prototype of an on-highway heavy-duty self-driving truck. To speed up the development process, Daimler acquired Torc Robotics, a company specialised in autonomous driving solutions, last year.