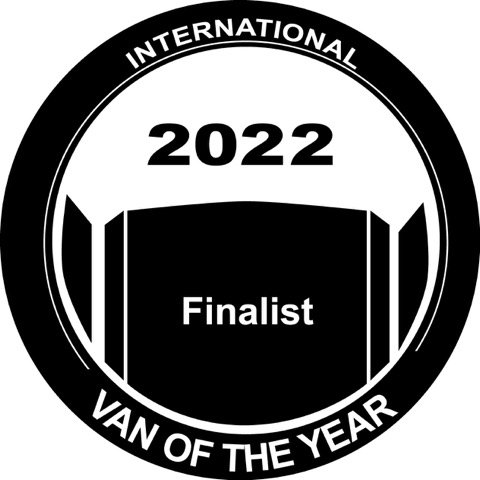 From the long list of nominations for the 2022 International Van of the Year Award (IVOTY), the  pan-European jury organisation has selected a shortlist of finalists to contend the most prestigious annual award in the light commercial vehicle industry. The 2022 award will be the 30th occasion that this coveted trophy will be presented to the winning brand and model.

For the IVOTY 2022 award, the candidates include traditional diesel-powered vans and selection of electric (BEV) variants. Initially, there were fourteen new vans that were recently launched by eleven light commercial manufacturers for the IVOTY jury to elect one overall winner, from which will be honoured at a special gala dinner during the forthcoming Solutrans trade fair in Lyon, France.

As the award programme enters its third decade, the philosophy and objectives remain unchanged, despite the high level of technology and innovation being achieved by manufacturers and also in meeting market trends.

“The main criteria for the International Van of the Year Award is the vehicles’ contribution to the efficiency, safety, sustainability and environmental standards of the light commercial vehicle sector. To be eligible, the vehicle must be new, in series production by the end of the year for which it receives the award, and present a significant technological innovation compared to previous generation models,” explained Jarlath Sweeney, Chairman, IVOTY.

During the course of the year, the 24 members of the IVOTY jury have assessed and appraised each model before voting on the election day. The results are independently adjudicated by the Road Haulage Association’s Department Head.

The Finalists for IVOTY 2022 are as follows:

In addition, the International Pick-up Award 2022 will also be presented at Solutrans. This accolade, dedicated to 1-tonne pick-up trucks, every other year, from a business and utility perspective have three models selected as finalists, following a group test session in Croatia. They include the Isuzu D-Max, Jeep Gladiator and Toyota Hilux.