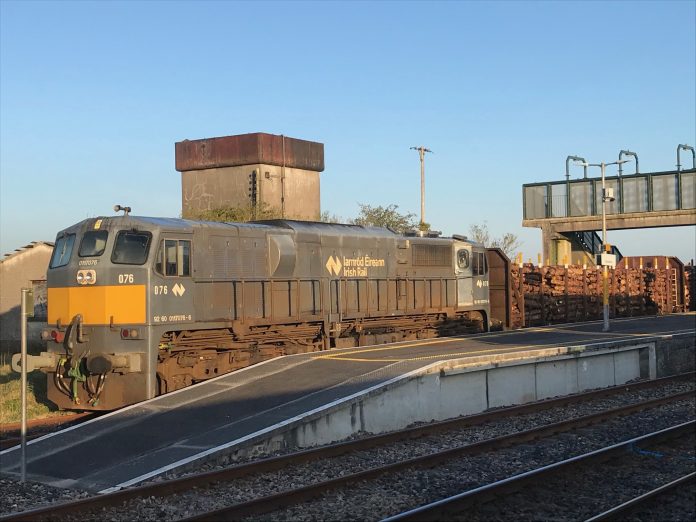 From July 1st this year there will be five weekly return services between Mayo and Waterford.

These trains will displace 3 million truck kilometres per annum.

The trains will be forced to follow a rail route through the Greater Dublin Area due to the Claremorris-Athenry section of the Atlantic Railway Corridor being ‘out of use’ currently.

The renewal of this section as proposed by various statutory, business  and community  groups will provide not only an intercity passenger railway between Mayo, Galway and the South but also a more direct and less congested route for these and increased numbers of freight  trains – that is 60 kms shorter per round trip than that via the Greater Dublin Area.

The shorter Atlantic Railway Corridor route will save the businesses chartering these trains almost €100,000 annually in lower Track Access Charges, be considerably more environmentally sustainable, displace 3 million truck kms annually and contribute almost €1m in track Access Charges to Iarnrod Eireann annually which will contribute towards the maintenance of the route.

The Atlantic Railway Corridor will