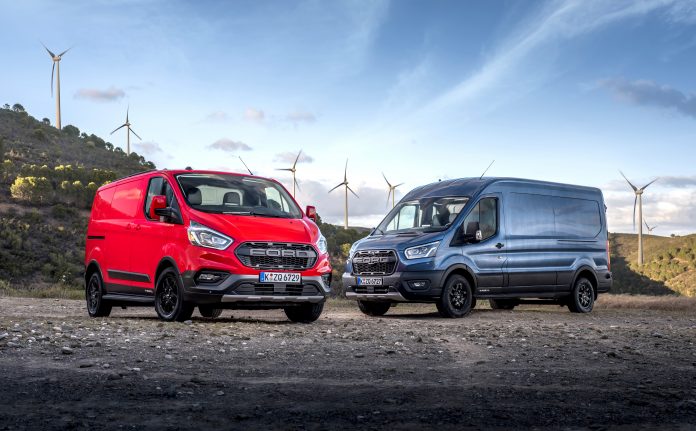 Dunton Campus, the Ford of Britain headquarters in Essex, has now become the think-tank operation for Ford Europe’s Commercial Vehicle division. Here, the Special Vehicles Engineering team, along with a team of designers are working on two areas of potential growth for the business end of the brand. As leaders in various segments of the European light commercial vehicle marketplace, the projects underway to maintain its number one position include extending a broader range of conversion body variants together with the introduction of more utility-orientated and leisure pursuit type versions. 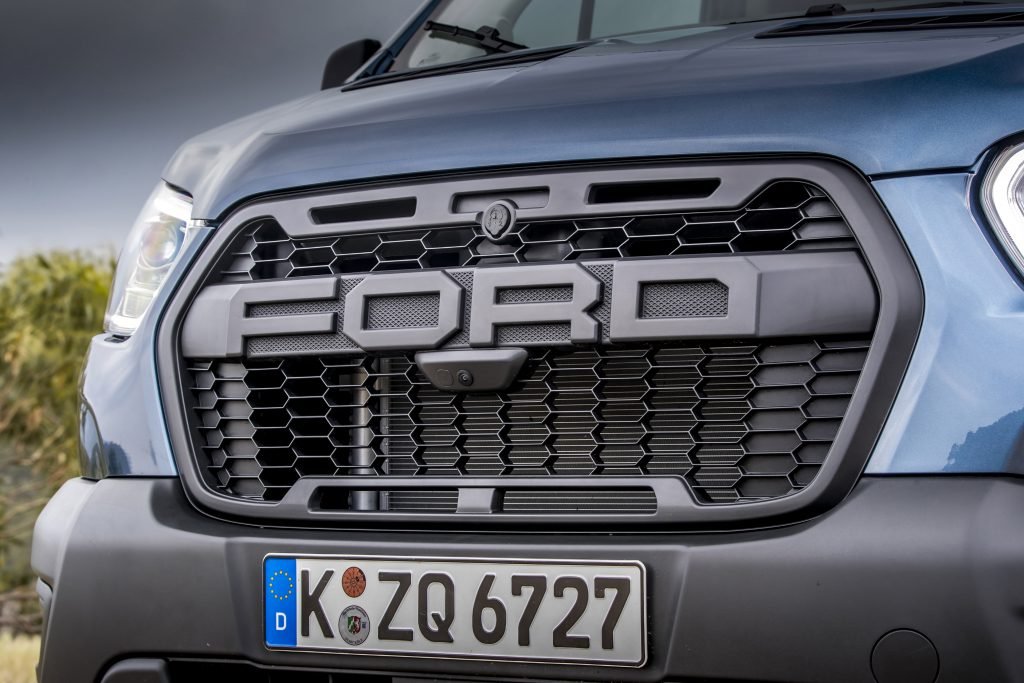 With almost 750,000 1-tonne vans and near to 800,000 3.5 tonners sold across Europe last year, Ford Commercial Vehicles intends to inject some energy and excitement in both categories with the introduction of the separate Active and Trail series for the Transit family.

As featured already in the Fiesta and Focus passenger car ranges the newly created Ford Transit Custom and Tourneo Custom Active models are directed to those with great outdoor lifestyles and need more space for their equipment. The Active trim line, derived from the Titanium spec comes in alongside the established ‘Sport’ series.  Design standouts include new grille, roof rails, running boards bumpers and decals. It’s available in SWB and LWB forms. 130 hp and 170 hp power outputs from the new 2.0 litre EcoBlue are the diesel-engine choices. Leather seats as standard add to the overall flair to quality of the interior offered. The range of Active vehicles will be further expanded later in 2020, with the introduction of the smaller Transit Connect Active and Tourneo Connect Active models. More details will be provided closer to launch.

Aimed at the professional user the Transit Custom Trail and 2-tonne Transit Trail models features ‘Ford Tough’ embellishments, such as a big FORD embossed grille, muscular bumpers and side decals. Enhanced traction is achieved through mLSD – Mechanical Limited Slid Differential, which moves grip from wheel-to-wheel when needed. Then there’s the ALW drive option, the fourth generation of the intelligent system. The mLSD is supplied by Quaife, well known suppliers of these programmes to the third generation Focus RS and Fiesta/Focus ST.

These additions to the Transit family of commercial vehicles will further play a significant role in Ford being the most-popular commercial vehicle brand in Europe for the fifth year in a row, according to Hans Schep, General Manager, Commercial Vehicles, Ford of Europe: “The Active and Trail models demonstrate how versatile and capable the Transit range can be,” he said. “From businesses that operate off the beaten track to families who want a vehicle as adventurous as they are, there is a Transit to suit every need.”