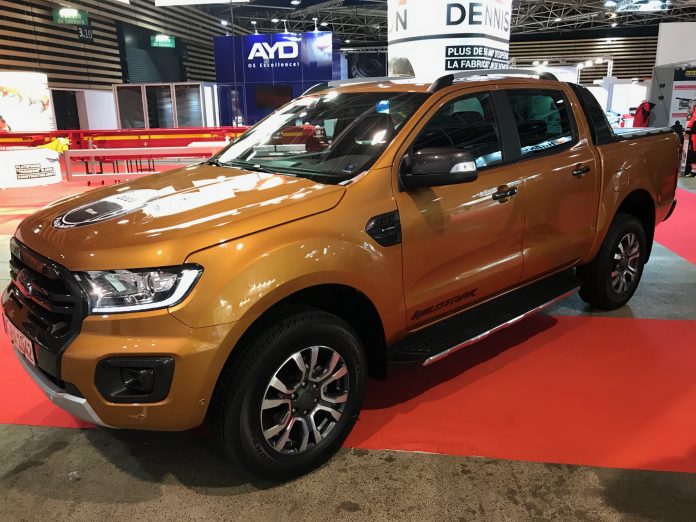 Following a three-day group test in Sweden against four other nominees, the latest Ford Ranger emerged victorious in the challenge for the International Pick-up Award 2020 (IPUA).

The new Ranger, with its new cleaner and greener drivetrain, together with a number of technical and safety advancements, was also honoured at Solutrans 2019.

For the fifth running of the biennial International Award for 1-tonne Pick-up trucks, the Ford Ranger was up against the new Mitsubishi L200, revised Nissan Navara and Renault Alaskan and current Toyota Hilux.

Voted by 18 members of the International Van of the Year jury, it was a very close run competition, according to Jarlath Sweeney, (Chairman, International Van of the Year Jury.) “Indeed it was, with just six points separating the top two contenders in the final tally. The Ford Ranger scored 78 points to the 72 gained by the Mitsubishi L200, with the Toyota Hilux coming in third,” he said.

“Jury members adjudged the Ranger to be the best all-rounder and noted that it’s a best seller too, as the previous version together with this revised model dominate the European marketplace with almost 30% share of the IPUA 1-tonne segment. So the public recognize its merits also! Marks were allocated on each vehicle based on powertrain efficiencies, load volume and capability, driver and passenger comfort and safety aspects, as well as low total cost of operation from a business point of view,” added Jarlath.

The Ford Ranger previously won the IPUA in 2013.

The International Commercial Vehicle Awards Groups would like to thank the Road Haulage Association (RHA) for independently collating all the jury members’ votes and certifying the final result.