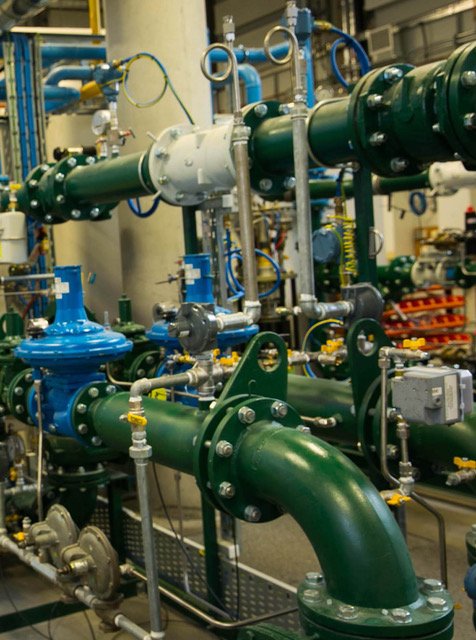 As part of its commitment to delivering a cleaner energy future for Ireland, Gas Networks Ireland is developing a Hydrogen Innovation Centre in West Dublin to ensure that the country’s existing €2.7bn, 14,617km gas network is capable of safely transporting and storing hydrogen.

Speaking at the recent online Energy Ireland Hydrogen Conference, Gas Networks Ireland’s Head of Technical Competency & Standards, Liam Nolan, said the new off-network facility at Brownsbarn will allow pipelines, meters and appliances to be tested with a variety of hydrogen blends: “Ireland has committed to a net-zero energy system by 2050 and the national gas network is vital to achieving this. As Ireland’s gas network operator, we are committed to proactively delivering on this ambition in line with Irish and European policy. Owned by the people of Ireland, our national gas network is considered one of the safest and most modern gas networks in Europe. It is the corner stone of Ireland’s energy system, reliably and flexibly powering more than 30% of Ireland’s total primary energy needs, 40% of our heating and 50% of all our electricity generation. By gradually replacing natural gas with renewable gases, such as biomethane and hydrogen, and complementing intermittent renewable electricity, we will deliver a net-zero carbon gas network and reduce emissions across a number of key sectors, including those that are traditionally difficult to decarbonize, such as transport, agriculture, industry, heating and power generation.”

Hydrogen is a carbon free gas that can be produced from renewable electricity and is well suited for storage, making it an attractive option to decarbonise energy systems and drive a cleaner energy future for Ireland.

Last year Mr. Nolan became the first Vice President from Ireland of one of Europe’s leading natural gas associations, Marcogaz, and in his presentation on the role of the gas network in storing and transporting hydrogen,  he outlined how other European countries are progressing on their hydrogen journeys and spoke about the European Hydrogen Backbone vision to transport hydrogen across the EU, including Ireland, through almost 40,000km of largely repurposed gas infrastructure.

“Transitioning to a clean energy economy by 2050 requires a balance between sustainability, security and affordability. Leveraging existing energy assets and capabilities will enable Ireland to reach its targets effectively. All indications from the extensive research projects both concluded and ongoing across Europe tell us that hydrogen is key to achieving net-zero 2050, particularly as energy cannot easily be stored in electrical form. Hydrogen offers Ireland a clean, versatile and indigenous energy source that can be stored until needed, enhancing Ireland’s energy security and supply. I like to use an analogy from my Dutch colleagues who illustrate the importance through milk and cheese, whereby electricity is compared to milk as it can only be stored for a short period of time before it has to be used, while hydrogen is more like cheese as it has a longer shelf life and can be stored for longer periods of time, making it much more secure and agile in meeting energy needs. The national gas network is ready to play its role in delivering a cleaner energy future for Ireland.”