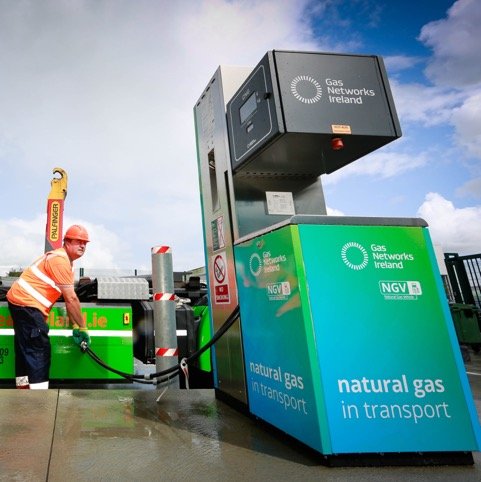 As the operator of Ireland’s gas network, Gas Networks Ireland is leading the development of this new, cleaner transport network, to support Ireland in reducing its carbon emissions.

CNG is a proven alternative to diesel or petrol, with studies showing it can reduce transport costs and harmful emissions.

It is particularly suitable for use in commercial vehicles, with an estimated 25 million NGVs in operation worldwide, and almost two million in Europe.

In the future, these vehicles can achieve zero carbon transport when operating on renewable gas.

Last year, Gas Networks Ireland officially opened Ireland’s first publicly-accessible, fast-fill CNG station at Circle K’s Dublin Port premises, as part of their  €25 million Causeway Project, which is being led by Gas Networks Ireland and is supported by a grant from the EU’s Connecting Europe Facility Transport Fund and the Gas Innovation Fund, approved by the CRU. Research is being co-funded and conducted by the National University of Ireland Galway. 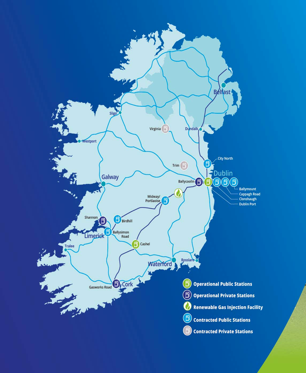