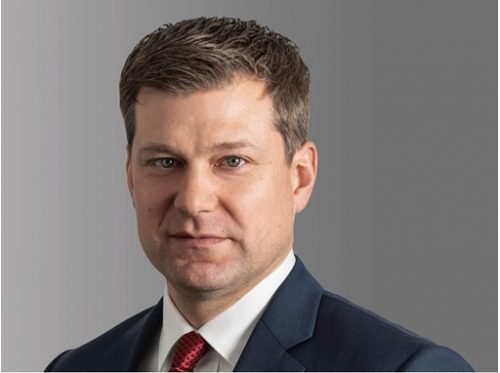 The European Automobile Manufacturers’ Association (ACEA) has announced that Gerrit Marx, the newly-appointed President Commercial and Specialty Vehicles at CNH Industrial, takes on the role of Chairman of ACEA’s Commercial Vehicle Board this year.

This follows a recent structural reorganisation within CNH Industrial and its IVECO brand, in which Iveco President Pierre Lahutte has left the company.

The ACEA Commercial Vehicle Board of Directors is made up of the most senior executives from ACEA’s commercial vehicle members. The Board elects a new Chairman for a yearly term.

Gerrit Marx joined CNH Industrial and assumed the role of President Commercial and Specialty Vehicles in January 2019. Ad interim he has also been appointed Commercial Director of the IVECO Brand.
From 1999 to 2007 he worked at McKinsey & Company, focusing on operational improvement programmes in the automotive and aerospace industries.
In 2007 Mr Marx joined Daimler AG, heading the global controlling function for product (vehicles and powertrain components) and market-entry/merger and acquisition projects across three truck brands.
In 2009 he moved to China and became President and Chief Executive Officer of Daimler Trucks China, and subsequently was the President of Skoda China with Volkswagen AG.
Mr Marx joined Bain Capital in 2012. This role also encompassed due diligence and merger and acquisitions activities, and also included interim roles such as Chief Executive Officer of Wittur Group.
Mr Marx holds a degree in Mechanical Engineering and an MBA from RWTH Aachen University as well as a Doctorate in Business Administration from Cologne University.