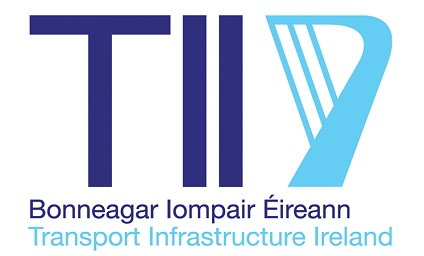 Transport Infrastructure Ireland (TII) operates a comprehensive network of over 350 traffic counters and sensors across the national road network incorporating dedicated traffic monitoring units as well as barriers and camera based sensors at PPP toll plazas, M50 eflow and the Dublin tunnel. This network of traffic counts provides a comprehensive overview of traffic movements across all parts of the national road network.

In response to the COVID-19 pandemic, the Government of Ireland imposed restrictions on the movement of people in order to contain the spread of the virus. This commenced with the closure of all schools and colleges from March 13th 2020. Further restrictions involving the retention of essential services only were announced on March 24th 2020. On the evening of Friday March 27th 2020, a Government announcement was made which advised all citizens to stay at home and to only leave their homes for a limited number of reasons.

The variation in daily traffic volumes since March 30th compared with an average of typical working day volumes between March 30th and April 17th, i.e. for the first three weeks of restrictions excluding weekends and public holidays shows that volumes have been generally stable over the recent weeks with some increases in movements noted this week beginning April 20th.

TII was requested by DTTaS to report on road usage for the day of Monday 20th April. On that day traffic volumes were broadly representative of typical weekday conditions over the period of the COVID-19 restrictions, being within 5% of recent average weekday volumes.

However since Tuesday April 21st traffic volumes on national roads started to increase above recent average volumes. Other sources being used by Government agencies, including seismic data and mobile phone data, have shown similar trends. These sources would pick up a much greater level of short distance / local movements where recent increases may be more noticeable. The majority of the TII data covers the strategic road network and will reflect patterns of more non-local movements. It should also be noted that checkpoints set up by An Garda Síochána on national routes would probably be acting as a deterrent to travel on these routes, possibly to a larger degree than on local road networks.

A summary of the impacts of the restrictions on general traffic, i.e. all classes of vehicles, represents an analysis at selected locations whereby traffic volumes in April 2020 are compared with the equivalent weekday in 2019 and the aggregate percentage change.

The emerging impacts of the restrictions on vehicular travel can be summarised as follows:

A breakdown of the impacts for heavy goods vehicles (HGV), light goods vehicles (LGV) and private cars is detailed as follows, along with a summary of impacts in the Dublin Tunnel.

Since March 27th there was a clear reduction in HGV traffic volumes of the order of 30-40% which has continued into this week. It should be noted that the 2019 equivalent period to Friday 17th – Monday 20th April 2020, i.e. Friday 19th – Monday 22nd April 2019, was the Easter Bank Holiday weekend in 2019. Year on year daily comparisons on these dates are impacted by seasonal patterns. This has a significant impact on the comparison of HGV volumes particularly on Easter Monday 2019, where volumes were very low.

Since March 27th volumes of LGVs have reduced by over 50%. These reductions in LGV traffic have continued this week beginning April 13th. It should be noted that the 2019 equivalent period to Friday 17th – Monday 20th April 2020, i.e. Friday 19th – Monday 22nd April 2019, was the Easter Bank Holiday weekend in 2019. Year on year daily comparisons on these dates are impacted by seasonal patterns. This has a significant impact on the comparison of LGV volumes particularly on Easter Monday 2019, where volumes were very low.

As private cars represent approximately 80 to 90% of all traffic, the reduction in private car traffic is very similar to trends for general traffic discussed above, i.e. namely a reduction in the order of 65-75% compared to 2019 figures.

The emerging impacts of the restrictions on vehicular travel can be summarised as follows:

Irish businesses must be protected from spiralling fuel costs – FTA...