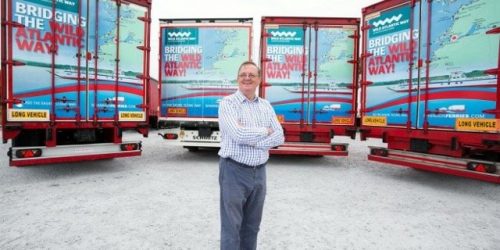 The Irish Road Haulage Association has criticised Budget 2022 as dealing a serious setback to the licensed haulage sector. In particular the increases in the cost of fuel and the failure to recognise hauliers as essential users of diesel will exacerbate the challenges being faced by the sector.

Eugene Drennan, President of the IRHA said that the worst fears of licensed hauliers have been realised in Budget 2022. At a time of acute distress for the hauliers and their families, the Government has chosen to add to further cost pressures on the licensed haulage sector.

The Government has hit hauliers in a number of significant ways;

The IRHA President said that his members and their families would be deeply dispirited following Budget 2022.

“The licensed haulage sector is undergoing a period of unprecedented challenge. Faced with the direct obstructions imposed by Brexit, a decline in business activity through COVID 19 and unprecedented labour shortages, we needed to see some measures in Budget 2022 to support the sector. No such measures were forthcoming – instead we saw an increase in fuel costs and a repeat of the Government’s stubborn unwillingness to recognise that licensed hauliers have no option but to use diesel.

“The penny has yet to drop with the Government that there is no alternative fuel source for hauliers other than diesel. Penalising HGV operators for using diesel, when they have no alternative is merely a tax on the sector and a broader tax on the national economy. It does nothing to reduce carbon levels”

“Hydrogen and gas-powered HGVs are not available and are years away from hitting the road in any meaningful way. Modern Diesel HGVs are world class in terms of low carbon emissions.

The IRHA President said that he expected that many licensed hauliers would apply a fuel surcharge to recoup the higher fuel costs from Budget 2022.