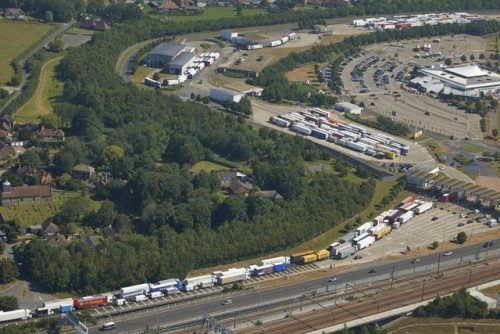 Verona Murphy, President of the Irish Road Haulage Association (IRHA) is expressing concern that the proposed new ‘No-Deal Brexit’ scenario will cause serious delays for Irish based International haulage operators at English ports, especially at Dover.

Ms. Murphy stressed that while planning is clearly required to deal with Dover post-Brexit, she has reservations over the UK Government’s plan to grant civilian traffic officers new powers in the event of a no-deal Brexit to try and avoid customs delays.

“These proposed plans could potentially create greater chaos and leave haulage operators at the mercy of people with little understanding of what is required.  The level of training needed to prepare this scenario would take months, we will be in no position to argue with the directions given”,  she said.

The proposal set out in the UK Government’s consultation paper, would see Highways England Traffic Officers (TOs) given the power to demand and check drivers’ documentation for the first time. This proposal is based on making sure that all trucks heading for the coast will have Customs documentation and follow what will be a designated route, BROCK in the case of Kent.

The IRHA has been informed that, under the proposals which are at consultation stage, each compliant vehicle would be issued with a permit to ‘proceed to port’.  Others would be told to turn back or face a fine.  If they attempt to take a different route, they would also face a fine.

Verona added that, for Ireland’s point of view, there needs to be greater emphasis on the direct ferry route to circumvent this chaos: “It is clear that Ireland’s preparations must focus on providing the fastest possible ferry solution to get transit traffic to mainland Europe without disruption thereby safeguarding product quality, value and ultimately saving jobs.”

‘Securing the interests of Irish Exporters in the Leinster Region’ –...