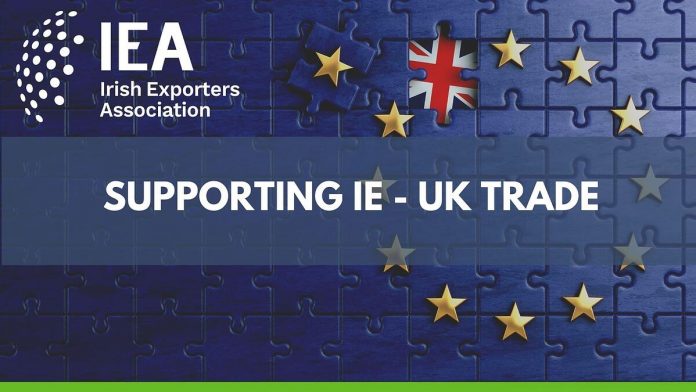 The Irish Exporters Association (IEA) largely welcomes the announcement today by the UK Government to delay the post-Brexit checks on EU goods coming into Great Britain by six months. The delay, which was announced by Michael Gove MP, gives Irish and UK businesses more time to prepare. The CEO of the Irish Exporters Association Simon McKeever believes that while Irish exporters have more time to prepare, we have concerns about the impact that the delaying of deadlines is having to Irish businesses’ preparations and in a wider context, the overall impact to EU – UK relations.

Chief Executive of the IEA Simon McKeever commented: “We have been working with our members to prepare them for the phasing in of UK import controls on 1 April and 1 July, and whilst having more time to prepare will be a relief to many Irish businesses, we have concerns about the wider issue of postponing deadlines and the uncertainty that creates in the long-run. Nevertheless, the delay of imposing further controls on EU goods entering Britain is welcomed and should mean that further disruption to trade is minimised for the next 6 months. This decision of course just highlights the total lack of preparation for Brexit by the UK, and I question whether they will, in fact, be ready by the end of this year.

The revised timetable for the introduction of controls essentially gives business in the EU and the UK a further six months to prepare. Irish food and drink businesses will have to ensure that Export Health Certificates accompany goods of animal origin, certain animal by-products and high- risk food not of animal origin entering Britain from 1 October 2021, as opposed to 1 April.

We will continue to work with our members to prepare them for the new deadlines and we would encourage UK companies to do the same.”

UK Government announce revised timetable for the introduction of controls

Michael Gove MP made the announcement earlier today in a statement, which is available here

The statement includes the following information:

For full details, refer to the statement made by Michael Gove MP here