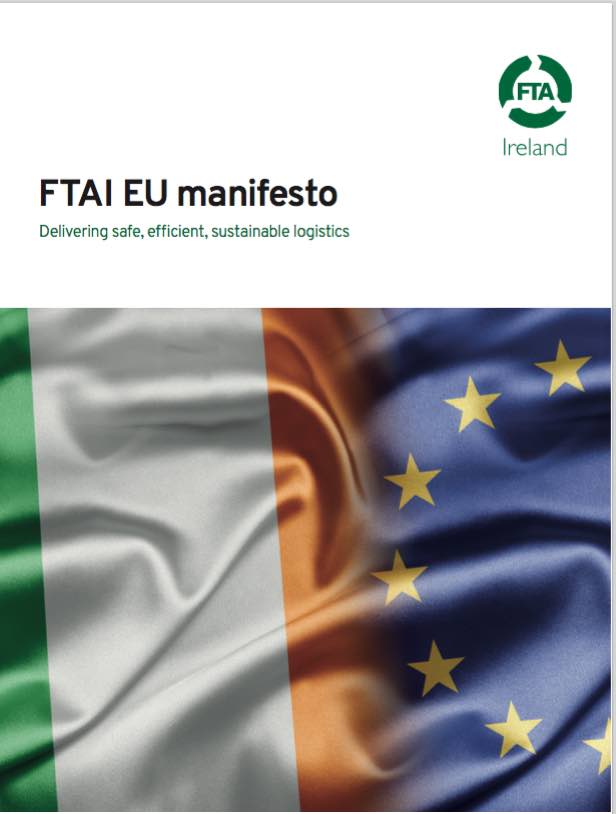 The progress being made in the European Commission’s contingency plans for a ‘No Deal Brexit’ is still not enough to keep trade moving freely between EU 27 countries and the UK, according to Freight Transport Association Ireland (FTAI). Renewing its calls for the UK to leave the EU with a deal in place, the European Commission’s proposal – to extend the end date of its contingency measures on road haulage and aviation to cover the proposed end of October exit – is a welcome step forward, in the view of FTAI, but would only provide temporary access relief.

Aidan Flynn, General Manager of FTAI, commented on the ongoing situation: “If ratified, the European Commission’s proposals would only provide a temporary solution to access arrangements in the extreme case of the UK crashing out of the EU without a deal in place. While they are an important step forward – providing breathing space for businesses as they continue their Brexit preparations – they should not distract EU and UK negotiators from the most important task at hand: reaching a withdrawal agreement.”

Under the proposals, the UK will receive extended access to the EU transport market for an additional seven months (road until end July 2020 and aviation until 24 October 2020).

“Our operator members will welcome this proposal; we urge the European Parliament and EU Member States to adopt it as quickly as possible. But seven months is still a relatively short time, and unless a long-term strategy for future road and air access can be agreed, the industry may be left facing uncertain trading conditions once again. The proposal is just one piece in the contingency planning puzzle: it does not negate the importance of continued preparation to maintain integrated supply chains.  The FTAI is calling on the Irish Government to provide more focused support for the haulage sector to aid its preparedness, such as additional funding for training; we look forward to guidance on how to access these funds,” he added.

“The logistics sector is charged with protecting the nation’s supply chain through Brexit – whatever form the UK’s departure takes – but it cannot do so without the right contingency measures. The FTAI will continue pressing Government to provide the certainties, support and provisions logistics businesses desperately need to keep the country trading.”