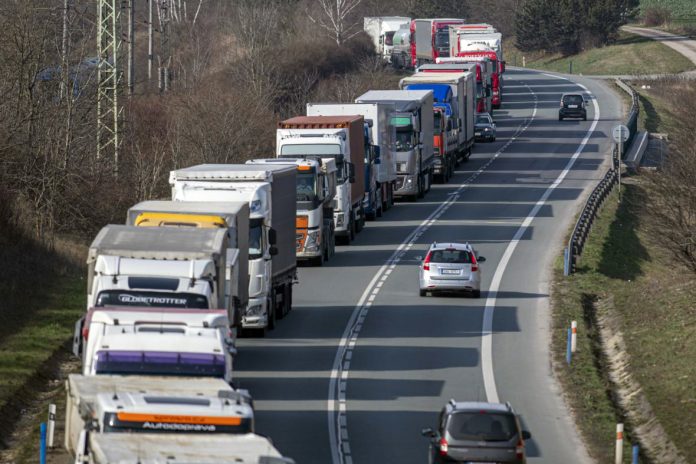 Bulgaria extends State of Emergency until 13 May

In his order, the Bulgarian Minister of Health Kiril Ananiev,  in announcing that the State of Emergency would remain in force until 13 May, he granted exceptions to the mandatory 14-day quarantine of contact persons coming from abroad. The exceptions are for heavy truck drivers and livestock workers.

A ban on the entry into Bulgaria of foreigners from third countries, as well as from 12 European countries – Italy, Spain, France, Great Britain and Northern Ireland, Germany, the Netherlands, Switzerland, Austria, Belgium, Iceland, Liechtenstein and Luxembourg – at all border checkpoints, with all kinds of transport.

There are exceptions to the ban on seasonal farm workers, frontier workers, people involved in the construction or maintenance of key infrastructure in Bulgaria, medical professionals, people traveling for humanitarian reasons.

Regarding quarantine, the rules remain the same. All who enter from abroad are subject to a mandatory 14-day quarantine, during which time they are monitored by the GP or the District Health Inspectorate if they do not have a GP. All close contact persons with COVID-19 are also subject to a 14-day quarantine. If no symptoms of the disease appear on the quarantine, it is considered to have expired.

However, special rules are introduced for the drivers of heavy goods vehicles – it is allowed for quarantined drivers to drive, to carry out cargo operations, to transit through Bulgaria, and to leave it before the quarantine period has expired. Foreign drivers will be able to unload in Bulgaria or transit if they are to another country, and the Road Infrastructure Agency will determine the route for them. The requirement for transit departures to leave the country within 24 hours remains in force.

National transport in the Czech Republic is now working almost without restrictions and problems. It is a bit different with international transport. Queues are formed at the borders. Mostly on the Slovakian crossings as a result of the fronts on the Slovak / Hungarian border. National transport in Slovakia has experienced enormous complications after Slovakia has restricted the movement of citizens. At the borders of individual regions, police and soldiers are patrolling and checking all vehicles to see if their drivers have a valid reason to travel, if not then there is a fine of €1500. Today, some relaxation has been noted, controls are “only” random.

Up to 9. 4. 2020, Czech carriers on the Turkish border have big problems. Turkey has issued a statement on COVID-19 with  drivers from other countries are by no means admitted to their country. The key to Turkey’s determination ov a COVID-19  conflict country is unclear. The Czech Republic is one of them and Czech drivers have been waiting on the Turkish border for more than a week. Bulgaria or other Balkan countries were not detected by Turkey as COVID-19  conflicting.

In order to raise awareness of autonomous driving, the Ministry of Transport of the Czech Republic and the Transport Research Centre have prepared a special portal www.autonomne.cz. Here you will find news, technical articles and other interesting facts about autonomous mobility and its development in our country. Web visitors can read articles on both technology itself on automated and autonomous driving, vehicle equipment or related digital infrastructure, as well as articles on legislative issues and social or ethical issues. In addition to expert articles, the portal also offers shorter news and updates on autonomous mobility and invitations to interesting events for the general public.

The Ministry of Transport of the Czech Republic, developing the area of ​​autonomous mobility, decided to set up an Ethics Committee to assess issues related to the operation of automated and autonomous vehicles in the Czech Republic. Its aim is to comprehensively assess ethical issues and related topics in the field of automated and autonomous vehicles in the Czech Republic. By the end of 2020, the Ethics Committee will elaborate recommendations and proposals for measures that will lead to the smooth implementation of autonomous vehicles in normal operation. For example, a very important and discussed topic is the interaction of road and rail vehicles. The expert conclusions of the Commission will thus cover not only the area of ​​road transport, but also other modes of transport and will thus be usable by the Ministry of Transport in a wider context.

Polish haulage organisations have asked The Ministry for Transport to allow free movement for road transport during the forthcoming Easter Holidays. Here-to-fore there was ban on trucks over weekends was because of major traffic congestions at peak times. Now there is less cars on the roads, there is no reason to stop trucks.

Haulage body ZMPD has requested the Ministry to prolong Visas for truck drivers with foreign passports. As one third of drivers in Poland (in Polish companies) come from Ukraine and Belarus, they have to  apply for Visa and driving permits. When those documents are no longer valid, they need to go to the Department offices which are currently closed. The Ministry has promised to prolong Visas.

On the city streets, we can see few people wearing masks because there is shortage of them in drugstores. Besides, they are pretty expensive. With the high temperature, there is more and more bikers on the roads and streets. Police are catching them, penalising with big fines.