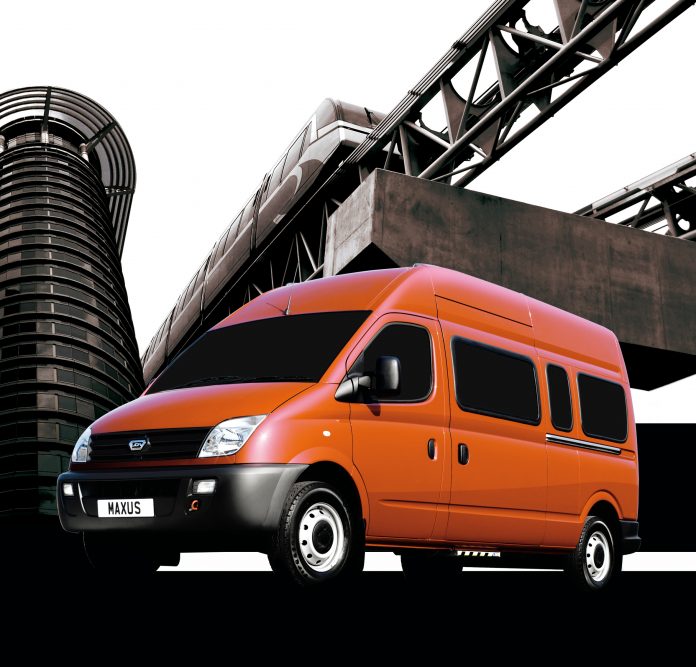 As the production of the LDV V80 comes to an end, Fleet Van & Utility takes a look back at the originators of this light commercial vehicle range which has had an interesting if not chequered history over its lifespan. Although current brand owners SAIC Motor injected new life into the once popular British marque over the past ten years, the last seventeen years of LDV’s life had to overcome adversity but its resilience must be admired.

To put the timeline of the original LDV MAXUS on record (subsequently renamed the V80 by SAIC) when first launched in 2004, the first chapters stretch back to 1993 to when the company LDV was formed out of a management buyout of DAF NV’s Leyland DAF van division, hence the abbreviation from Leyland DAF Vans.

In fact, before then the company’s roots were established within the British Leyland/Rover Group and subsequent Freight Rover division of the Land Rover Group. Over the years, the number of employees topped 850 at the Drew’s Lane Complex at the Washwood Heath production facility in Birmingham. Commercial models such as the 200/400 series, the Convoy/Pilot and Cub were manufactured in large numbers and attracted large and regular fleet customers such as the Royal Mail, National Grid, Government agencies, Local Authorities, Utility companies, Emergency services and numerous minibus operators. They kept the brand competing strongly against big name opposition.

Towards the end of the 1990s LDV Executives knew it was past time to move the brand forward and introduce a totally new light commercial line to meet modern trends. They set about this objective with a joint venture with Daewoo, then a progressive South Korean brand. By 2004, the all-new Maxus range of panel vans, chassis/cabs and minibuses were created. But two years into the project Daewoo was taken over by General Motors, which meant that LDV had to take on the remainder of the development journey alone.

That in itself brought much financial pressure and Sun Capital Partners stepped in. Under the Sun Europe LDV Group Ltd banner, long term growth plans were outlined on the 20 March 2006, with some necessary restructuring and the opening of export markets in Malaysia, Denmark and Turkey. A new distribution partnership was formed with the WestStar Group, based in Kuala Lumpur, Malaysia as exclusive agents for the Asia Pacific region with a view to establish local assembly in Malaysia from CKD kits. Dovetailing these redevelopment work was the acquisition of Stadco Birmingham Pressings, a manufacturer and supplier of steel and aluminium pressings to Land Rover and including LDV. With immediate effect the convoy and Pilot models were phased out. Sun Capital reported then that it had invested in 110 companies worldwide with combines sales in excess of $27 billion, spanning consumer products, financial services, construction as well as automotive.

A surprise new owner was found in the Russian GAZ Group in 2006, which had ambitious plans for expansion, increasing production (at the former Wolseley plant) to meet new markets in Europe and beyond. Phase two of the programme was to start production of the Maxus in Russia in 2008/09 but that never materialised due to a severe worldwide recession. Despite some promised British Government financial aid to attract a new buyer, it never transpired and production ceased in 2008. Administrators PriceWaterhouseCoopers (PwC) found an interested purchaser in Chinese firm EcoConcept in 2009 which in turn sold on to SAIC Motor, a major auto manufacturer in China. By March 2011, the LDV V80/Maxus was back up and running again, with traditional LDV markets such as the UK, Ireland, Australia served as well as entry into Central Europe territories.

A press pack from the launch back then proudly promoted the dawn of a new era at LDV with Maxus – “£500 million worth in design, development and testing. Class leading features. Engineered by a dedicated workforce of van specialists”. Twenty-five percent of that investment was directed towards new tooling and a further £30 million to upgrade the paint-shop to world class standard. This money poured in did not go un-noticed as one memorable comment stated: “Drew’s Lane is to vans what Saville Row is to tailoring!”

As per 3.5 tonne GVW vans at the time, the front-wheel-drive set-up on the new Maxus produced more load space and payload (up to 1,616kg). Initially a Ford derived 2.4 TDCi diesel was supplied to be replaced by a 2.5-litre CDi 16 valve, common-rail, direct injection, turbocharged intercooled unit from Italian engine specialists VM Motori. A 135hp power output from the Euro 4 block was added to the 95 and 120hp offering, due to customer demand.

Most notable about the cabin’s interior was the centrally positioned facia with all the dials contained within – this unique trait remained right to the end of production. Its overall design was modern in its day and appealing with its broad range of models: 3 roof heights, 3 gross vehicle weights and two wheelbase lengths. Up to 11.4m3 of load space was usable. Special high-spec editions attracted the sole-trader while crew-cabs and basic-spec models were the core sales successes. Dominance was however achieved mostly in the minibus sector from 12-15-17 seats. Prior to launch, details of an extensive and overseas road test programme were outlined, undertaken in different climate conditions from the Arctic Circle in Finland to the arid deserts of Western Australia. Assurance in the new model range was cemented with a 5-year, 100,000 mile warranty.

Much hope and confidence was expressed following the GAZ Group takeover. In 2005 GAZ produced over 140,000 commercial vehicles to stand seventh largest CV manufacturer in the world. As a further show of strength, the newly formed GAS International appointed two senior executives both with long standing industry experience; Martin Leach from Ford Europe and Steve Young, formerly of AT Kearney, British Leyland and Ford. Both saw great potential for the LDV brand which had recorded an annual turnover of £140 million, employed 850 and produced 10,000 units per year.

That the new Maxus was well received by the trade press and honoured by many award programmes, endorsed the way forward. Some of the compliments made include: “It’s been a long time coming but Maxus is certainly worth the wait” “Maxus is a winner” – “Best new van” – “Top Product” – “Fleet Van of the Year”. 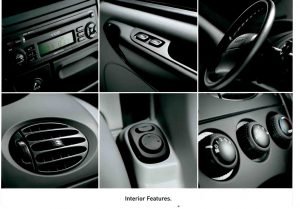 At the 2007 CV Show in Birmingham, Steve Young boasted new investment, new vision, new drive, new orders and more additions to the Maxus range, based on a 76% increase in sales and production up 36%. However, a year later, the Russians began to take full control and new CEO Evgeniy Vereshchagin promised implementation of Maxus production in Russia and a further increase in sales across Europe by 50%. His plans to introduce the GAZ Lean Production system in Drew’s Lane never happened as the global economic crash put paid to that and affectively the GAZ Group ownership. Other projects such as hybrid and electric versions were halted. Also at the event a converted campervan version was launched there to further broaden the product line.

The road back for the LDV Maxus on these shores came ironically from Asia and through the SAIC Motor Corporation Ltd., which is a Chinese State owned automotive designer and manufacturer, headquartered in Shanghai. Being a Fortune Global 100 company and one of the big four of Chinese automotive conglomerates, SAIC had the financial backing to make a go of LDV both at its home market and abroad. All furniture, pressings and fittings from Drew’s Lane were subsequently shipped to China for assembly of the Maxus there.

Concurrently, SAIC was making progress with two other defunct British brands MG and Rover (renamed Roewe), the former which re-entered production in England for the UK market and is now back in Irish showrooms.

LDV’s resurgence both in Ireland and the UK from 2015 is down to experience and know-how at the Harris Group, which took on the franchise for right-hand-drive markets across Europe and with immediate impact. With a few recommended modifications to the original model as made in China, Harris introduced the revamped model, renamed the LDV V80 and achieved some significant fleet sales on both sides of the Irish sea.

The full range was offered from panel van variants, chassis/cabs and minibus as before, together with a highly acclaimed EV80 Electric. With over 50 sales and service outlets established across the UK, Ireland, Malta an Cyprus in particular, thousands of units were sold right up until the end of supply. And with the arrival of its replacement, the Maxus Deliver 9, solid foundations of what’s to come from SAIC with the new Maxus brand line-up from the compact E Deliver 3 electric van and a new Pick-up truck. SAIC is setting a higher standard to meet todays and tomorrow’s more discerning customer and being prepared to meet future trends. 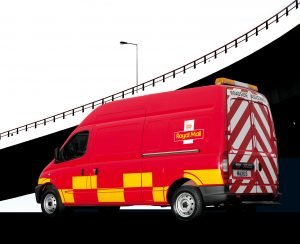 Fuel card fraud is on the rise throughout Europe

Volkswagen Commercial Vehicles sales down slightly in 2021 on previous year

All-Electric Ford E-Transit to power the future of business