Home 4x4 Off-Road “Living the Ranger Life,” – With the Next Generation Ford Ranger, of... 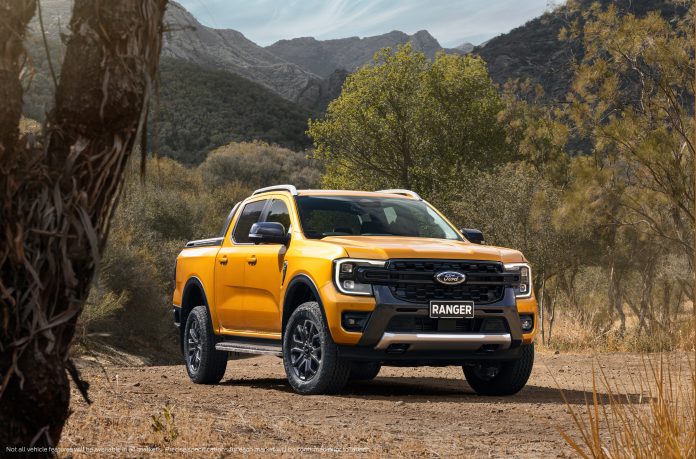 Ford’s well-worn beaten path to significant global success with the Ranger pick-up is set to continue with the launch of the next generation today. Eager anticipation is expected in the build-up to the new vehicle’s introduction to markets early in 2023. 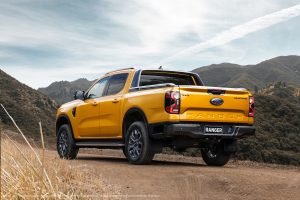 With years of pick-up truck expertise and a deep understanding of customers, Ford collaborated with customers around the globe to create a vehicle and ownership experience that next‑gen Ranger owners can rely on for their businesses, family lives and adventure.

“With Ranger, we’ve had a big extended family for decades,” said Jim Farley, president and chief executive officer, Ford Motor Company at the on-line launch. “This truck has always been a trusted partner to small business owners, farmers, families, adventurers, commercial fleets and so many more in more than 180 markets around the world. And with the new Ranger, this is our moment to deliver. Not just a product our customers will love, but an always-on experience that will help us build strong and lasting relationships with them. This is the midsize truck people will want to own and experience.”

Order books for new Ranger will open in Europe in late 2022, according to Hans Schep, general manager, Commercial Vehicles, Ford of Europe – “Ranger continues to go from strength to strength in Europe with record-breaking sales,” added “The smartest, most capable, most versatile Ranger yet will deliver even more of the strength and style that we know customers value.”

Fleet Van & Utility got a unique insight to the creation, design and development of the new Ranger, hearing and seeing what the engineers had to say: “We’ve really packed a lot into the next‑generation Ranger to inspire owners to do more of what they love to do, with features that encourage them to explore new horizons,” said Gary Boes, Enterprise Product Line Management director, Global Trucks. “We’re truck owners too, and this passion for the Ranger lifestyle translates into a passion for the product. Ultimately, we want our customers’ experience with the pick-up to enable and enhance their lifestyles.”

Ford calls this “Living the Ranger Life,” and it’s something shared by every designer and engineer involved in creating the next-generation Ranger.

The next-gen Ranger project was led by Ford’s Product Development Center in Australia. Its international team of dedicated designers and engineers worked with teams around the globe to not only incorporate the very latest in Ford technology, capability and safety, but to also engineer and test the Ranger to Ford’s toughest standards.

“Our team was focused on one goal – to make this Ranger the toughest and most capable we’ve ever created,” said Graham Pearson, Ranger vehicle program director. “They put it through one of the most exhaustive global testing schedules we’ve ever developed and would not rest until we were satisfied that it was Built Ford Tough.”

Customer input was key to developing the next-generation Ranger’s rugged new look. Ford spent a lot of time with owners around the globe, conducting more than 5,000 interviews and dozens of customer workshops to understand how customers used their pick-ups and what they wanted and expected in the new Ranger. They will appreciate the step inserted into the sides of rear load for easy access to the load box.

“Customers told us the Ranger needs to look tough and needs to inspire confidence,” said Max Tran, chief designer for Ranger. “They were very clear in what Ranger should be, both in the way it looks, and the way it makes them feel.”

Customers wanted a choice of more power and torque for towing heavy loads and extreme off‑roading, so the team added Ford’s proven 3.0-litre V6 turbodiesel and developed it for the Ranger. It is one of three turbodiesel engine options available at launch.

“The 3.0-litre turbodiesel V6 delivers,” said Pritika Maharaj, Ranger program manager. “When you drive a Ranger with the V6 turbodiesel, it feels like a much bigger truck.  And it feels really tough in the sense that it’s got endless power and torque, which is exactly what our customers wanted.”

The next-gen Ranger will also come with a choice of proven Single-Turbo and Bi-Turbo 2.0-litre in-line four-cylinder diesels. The Single-Turbo comes in two different performance levels and delivers power, torque and fuel economy, which is important to small business owners or commercial vehicle fleets. The Bi-Turbo engine is a more sophisticated, performance variant for customers who want more power but need to maintain fuel economy.

“We know our customers push their Rangers to the extreme, so that’s how we test them. We go the extra mile to make sure Ranger will do everything our customers want, over and over again,” Maharaj said.

Customers will have a choice of two four-wheel drive systems – an electronic shift-on-the-fly system, or an advanced new full-time four-wheel drive system with a reassuring set-and-forget mode, designed for capability when and where customers need it. Off-road recovery is made easier with prominent dual recovery hooks in the front bumper.

The heart of the Ranger’s connective experience is the large 10.1-inch or 12-inch touchscreen in the centre stack. It complements the fully digital instrument panel and is loaded with Ford’s latest SYNC4 system, which comes customer-ready with its voice-activated communications, entertainment and information systems. Additionally, there’s an embedded factory-fitted FordPass Connect modem, 4 allowing connectivity on the go when linked with the FordPass app,  so customers can stay connected to their world. FordPass enhances the ownership experience with features like Remote Start,  Vehicle Status, and remote lock and unlock functions via a mobile device. 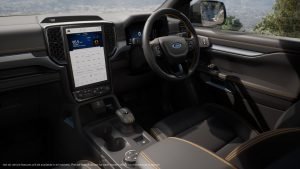 Many of the traditional driving mode controls have been moved from the dash and centre console to their own dedicated display on the SYNC screen. With one button press, drivers can go to Ranger’s dedicated screen for all off-road and drive modes where they can monitor the driveline, steering angle, vehicle pitch and roll angles and other controls.

The screen also is linked to a 360-degree camerato make parking a breeze in tight urban spaces or to assist when negotiating particularly tricky terrain while out exploring. In addition, customers can control Ranger’s new exterior zone lighting system via the touchscreen or the FordPass app, which means they don’t have to work, camp or do anything in the dark. Ranger technology will also be future-proofed to accept Ford Power-Up wireless software updates thanks to the embedded FordPass Connect modem.

“You’ll find the interior plush but with the dual purpose of work and play in mind. The new short‑throw e‑shifter is central to the layout and is another example of where customers really guided our decision making,” Tran said. “Customers overwhelmingly liked the e-shifter – they liked the fact that it looked higher-tech and that it was intuitive to use.”

The next-generation Ranger will be built at Ford’s plants in Thailand and South Africa beginning in 2022, with other markets to be announced at a later date. 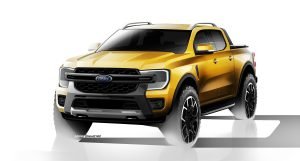