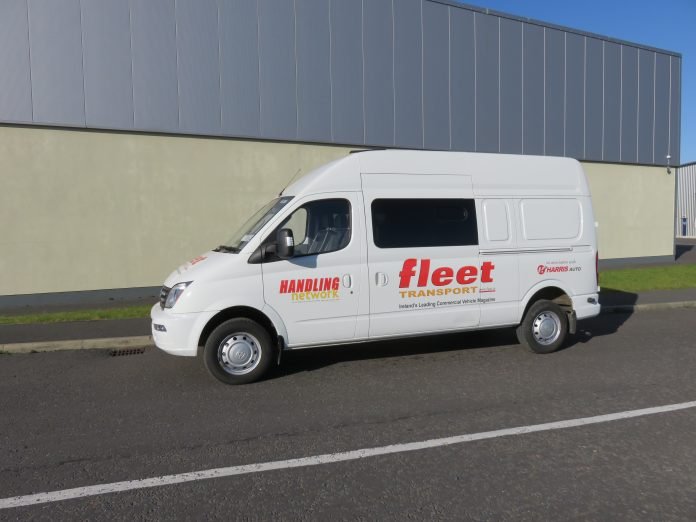 It’s been five years since the LDV V80 returned to the marketplace. Following the takeover by the SAIC Group of the LDV Maxus business, the Chinese company modernised the light commercial vehicle and broadened its sales from Asia and into Europe. The V80, originally called the Maxus, is primarily the same vehicle that LDV, a long established British LCV manufacturer and Korean brand Daewoo, co-designed over 15 years ago and together had global plans for joint production and sales. Daewoo withdrew from the project, due to its acquisition by General Motors and exposed LDV financially. The Birmingham brand, best known for the Convoy/Pilot and Sherpa models then attracted interest by the GAZ Group in Russia, which had similar mass production objectives following financial restructuring but their ambitions never materialised. That was in 2006, two years after the Maxus was launched. Then SAIC purchased the LDV assets and began producing the Chinese version of the Maxus and renamed it the Datong for the Asian markets. Over its lifetime, the Maxus while sold in Asia, it wore several different badges such as the MG V8 and Weststar LDV (Malaysia) and Fargo Fora in Turkey. As its production comes to an end, now might be the best time to invest in the well-equipped run out models. 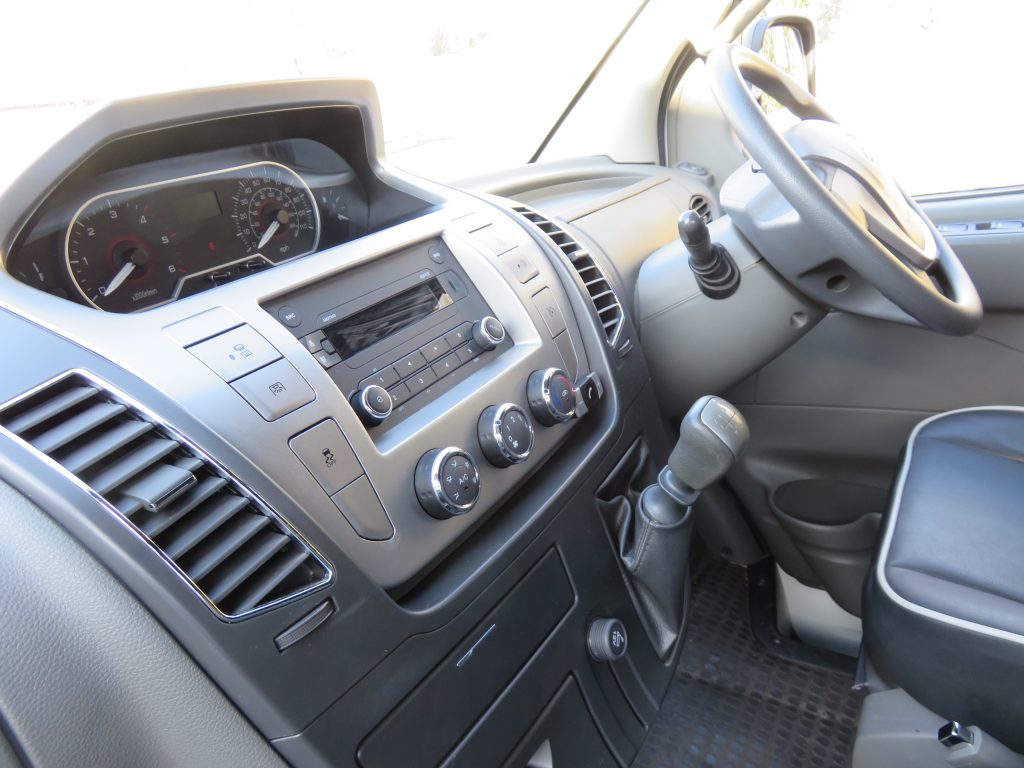 Many within and outside the commercial vehicle and distribution industry see the LDV as a budget brand, which is no bad thing. See what Dacia has achieved over the years as the Romanian built Renault owned marque, changed many consumers’ mindset and took to its ‘why buy used when you can afford to buy new?’

Currently, the model line-up has many variants – panel vans, tipper, dropsides, box bodies and chassis/cab platforms plus of course the electric EV80, which has taken off both in Ireland and the UK. As well as minibus versions, a model in-between combines commercial and passenger usage. That is the 7-seat Crew Cab, which Fleet Transport has out (from Importers, The Harris Group) on Long Term Test for the past number of months.

We have become used to its quirkiness aspects, especially the centrally mounted speedo display, although out of the driver’s direct line of vision is not too inconvenient (it must have reduce production costs when assembly from left hand drive to right). There is no question that the Euro 5 Stage B 2.5L Eco-D turbo with its 136 PS and 330 Nm is found wanting power wise at any time. But there are two downsides to this motor, supplied by VM Motori (Italy) – it’s noisy and not very fuel efficient – 7.35 l/100 (32mpg), which could be better. Up through the six speed gearbox is a normal transition but the cruise control setting is a little different in that it’s engaged by pressing a button on the dash to set the speed and cancelled with a touch of the accelerator or foot brake.

As discovered, don’t leave the key in the ignition overnight as it drains the battery significantly. Interior room is not an issue even with two adults sitting on the bench seat along the driver. Likewise the 4 seater crew area has plenty of leg room (with a radio speaker and 3-pin plugs fitted) in this section. Behind the padded bulkhead is a large storage area on this long wheel base model.

For a so-called ‘budget’ vehicle type, the V80 comes well equipped with air-con, passenger air bag, reversing sensors, electric/heated mirrors, ABS, EBD and ESP to mention a few. Bluetooth and USB connectivity is also fitted. On the road, this LDV is as good as any other. It excels as a multi-purpose load carrier that serves its owners well. 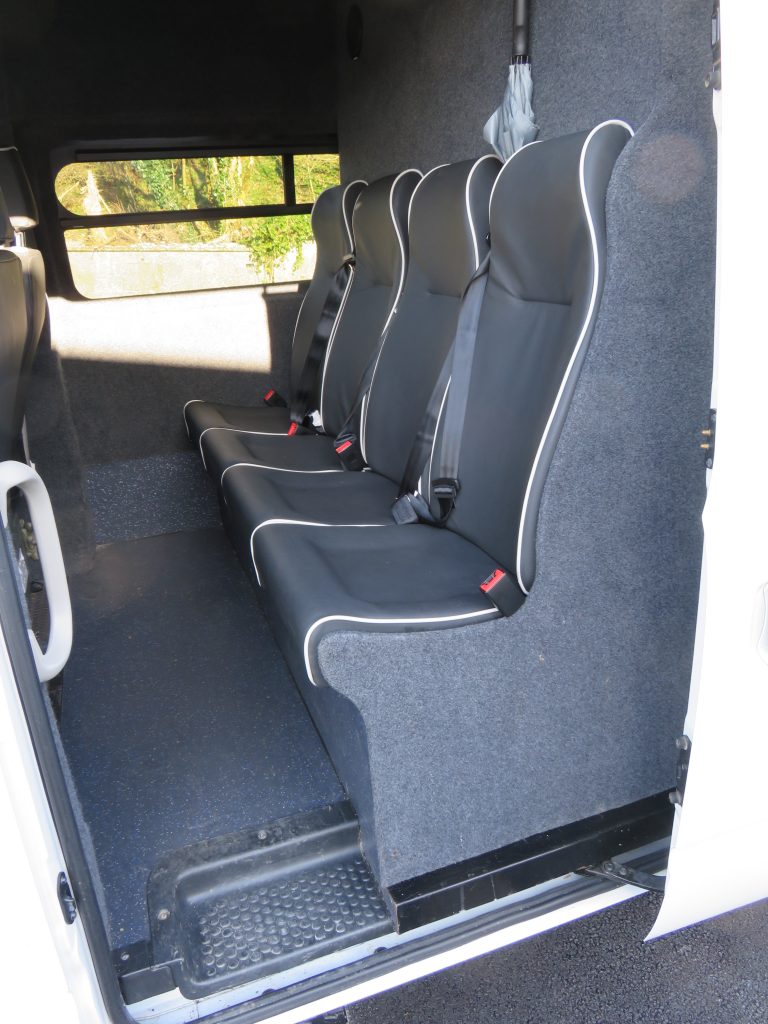 Despite the Harris Group’s best efforts, not enough people know about LDV and when we are replying to their queries on what its origins are, they still seem puzzled on the fact that a Chinese vehicle is sold here (some didn’t take any notice and thought it was a Transit!).

Well, be prepared for the second phase of the Chinese revolution over here, in the UK and other parts of Europe where Maxus is sold. An all-new 3.5 tonne light commercial vehicle range has just been launched and looks the part, bringing the LDV/Maxus well into the 21st century. Badged the Deliver 9 it will feature both diesel and electric powertrains and a lot more.

While the V80 may seem outdated to many at this stage, its cover price will out sway any negativity. Then its backed by a five year warranty. Another beneficial aspect is that the Harris Group can specify and equip any body type and/or fitting that the customer needs with expert advice on what’s best to use.

Since acquiring LDV, SAIC has invested more than €2 bn in the brand, continuously developing and innovating the V80/EV80, setting a good platform for the brand to progress further, worldwide. 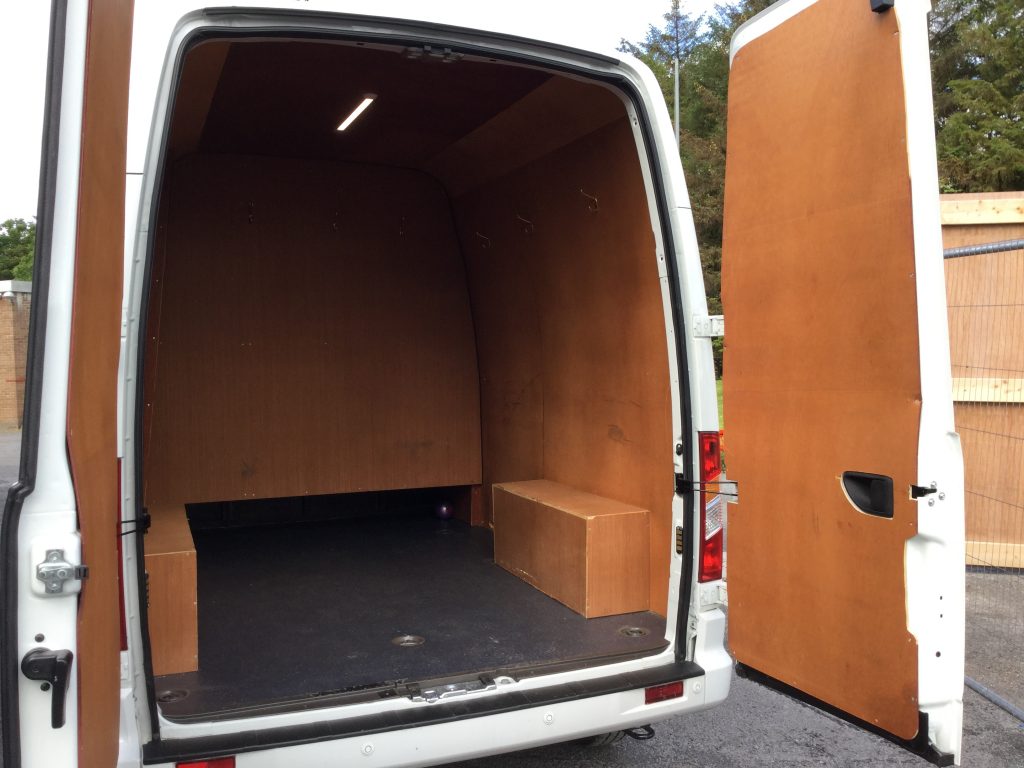