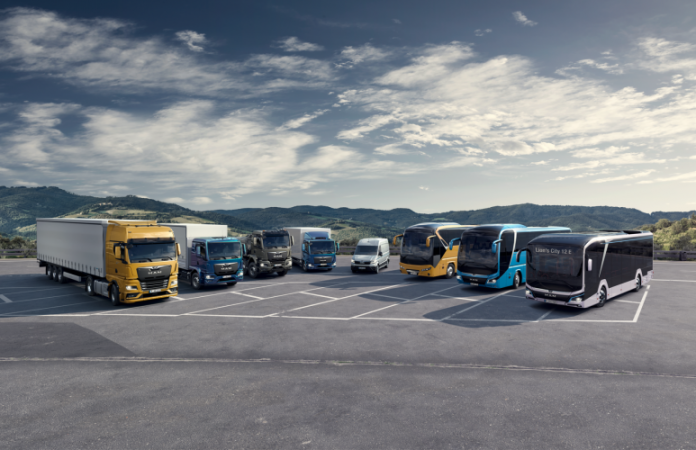 In a statement, commercial vehicle manufacturer MAN Truck & Bus, laid down its future business plans, in the eye of the economic storm caused by the Coronaviris pandemic.

The Executive Boards of MAN SE and MAN Truck & Bus SE informed the Central Works Council of plans that involve an extensive restructuring of the company. The aim of this systematic realignment is to make MAN Truck & Bus significantly more digital, automated, and profitable in the long run. In the future, the focus will also be on alternative drive systems.

MAN already offers its customers a modern product portfolio of trucks, buses, and vans. However, the commercial vehicle industry is undergoing radical change, which is why MAN is also implementing a fundamental transformation. Starting from the middle of this decade, MAN is set to become one of the leading commercial vehicle manufactures in the field of electric and hydrogen drives. In doing so, MAN is ensuring compliance with the tougher CO2 regulations introduced by the EU and upholding its commitment to remaining a sustainable and innovative company in the future. Already in a few years’ time, it will be virtually impossible to build a successful business model on the technologies and structures of today. However, before it can continue investing in fields of the future like alternative drives, digitalization, and automation, MAN has to undergo a comprehensive restructuring process. The aim of this process is to improve the company’s results of operations in the long term. The coronavirus crisis has further exacerbated its already strained earnings position: MAN Truck & Bus reported a loss of €387 million in the first half of the year. To implement the transformation plans, the company’s management has offered to enter into a dialogue with members of the Works Council that is based on trust.

Current deliberations involve cutting up to 9,500 jobs across all areas of the company in Germany, Austria and worldwide. This is linked to relocating some of the development and production processes to other sites. It also means that the production site in Steyr and the modification sites in Plauen and Wittlich are up for negotiation. The details of how these cuts can be implemented in a socially responsible manner will form part of the talks with the Works Council.

Newly appointed Chief Executive Officer of MAN Truck & Bus SE, Andreas Tostmann, said: “We are facing major challenges as a result of technological change – when it comes to digitalization, automation, and alternative drives. This is why we need to restructure MAN Truck & Bus: to become a lot more innovative, digital, and profitable in the long run. In doing so, we are safeguarding our company’s future in a rapidly changing world. The Executive Board will do everything in its power to make sure that MAN continues to rank among the best bus and truck manufacturers in the world. We have therefore asked the Works Council to accept our offer of dialogue.”