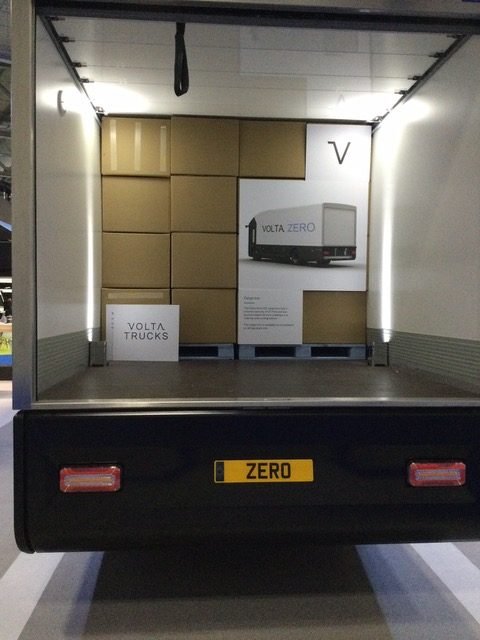 With the UK Government’s Transport Decarbonisation banning the sales of diesel HGVs, relating to size from 2035 and 2040 respectively, has been met positively and negatively by those involved directly in these sectors.

Volta Trucks, a start-up manufacturer of a new fully-electric truck, has issued a guarded welcome to the publication of the UK Government’s Transport Decarbonisation Plan, but has called for a greater level of ambition to tackle the climate and air quality emergency faced by the environment.

Chief Executive Officer of Volta Trucks, Essa Al-Saleh, said; “The publication is welcome because it gives British fleet operators and buyers a level of certainty that didn’t previously exist. That said, the ban on internal combustion engine trucks by 2040 is nearly 20 years away, and today’s climate emergency cannot wait. Trucks account for less than 2% of road vehicles but 22% of CO2 emissions from road transport, and the relative share of truck emissions is certain to increase as emissions from passenger cars are driven downwards by the surge in the sales of electric cars.

“It’s therefore disappointing that the UK Government hasn’t been as ambitious as the French authorities, for example, who have banned diesel engine trucks from the streets of Paris and other large city centres by the end of 2023. This type of progressive legislation, twinned with incentives, is what’s needed to accelerate the migration to zero emission large commercial vehicles. The Volta Zero is the first purpose-built full electric large commercial vehicle designed specifically for logistics within city centres where air quality is at its worst. We will begin customer trials in London and Paris next year ahead of the start of full-scale production by the end of 2022. This will ensure we can meet our customer’s demands, and the needs of the wider population, to have full-electric zero emission commercial vehicles available in the market as soon as possible.”

Meanwhile, the UK’s Road Haulage Association (RHA) supports decarbonising trucks – but not like this, criticising Government over its plans for decarbonising the UK’s truck fleet. The association supports the eventual aim but says the plan is speculative, potentially damaging to business, and short on detail.

RHA Chief Executive, Richard Burnett said in response to the Government’s Transport Decarbonisation plan: “This proposal as it stands is unrealistic. These alternative HGVs don’t yet exist – we don’t know when they will and what they will cost.  It’s also not clear what any transition will look like – this is blue skies aspiration. For many haulage companies there are fears around cost of new vehicles and a collapse in resale value of existing lorries. The problem is even worse for coaches, which are more expensive to buy and have longer lifecycles.“

“We support investment in vehicles to deliver Net Zero, but it requires coherent, affordable and inclusive market-driven policies. Decarbonisation policies must support a thriving commercial vehicle sector to ensure the UK has a vibrant economy supporting people and businesses. The needs of SME businesses must be at the heart of Government ambitions. SMEs ensure the goods and services consumers demand are delivered affordably and on time. These are ordinary people without deep pockets who want to do the right thing,” he added

Asher Bennett, Founder & CEO of Tevva, the UK based electric truck producer also commented on the issue: “The government’s proposal to ban the sale of smaller diesel trucks from 2035 and larger ones from 2040 as part of its Transport Decarbonisation Plan is the right course of action given that heavy goods vehicles (HGVs) account for c. 18% of road transport emissions in the UK. However, it is now critical for investors and government to back electric truck solutions which meet the unique needs of fleet operators in an economically viable way.  Unlike cars, which are used on average for 1.5 hours per day and buses that run on dedicated routes, freight trucks face different challenges when it comes to electrification, such as the requirement to work 8-12 hours per day across varied routes, environments and distances. Not every electric truck manufacturer on the market has considered this requirement, creating a potentially expensive problem for fleet operators further down the line.”