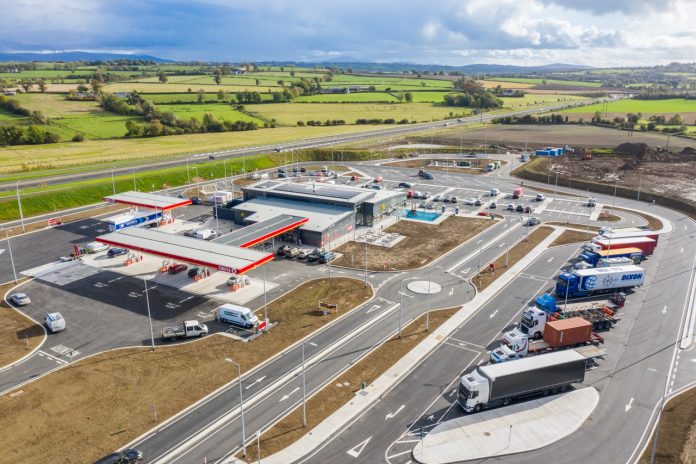 Circle K has opened its newest motorway service area in its nationwide network, on the M9 Kilcullen, located between J2 and J3, on the M9 motorway in County Kildare. This is the final of the three newly developed motorway sites, part of an overall investment of €35million, which Circle K announced plans for last year in partnership with Transport Infrastructure Ireland. Other new sites unveiled by Circle K this year in partnership with Transport Infrastructure Ireland include the recently opened Circle K M6 Athlone and the launch of the largest Circle K globally, on the M11 in Gorey, County Wexford.

The new forecourt at Kilcullen will create 30 new jobs for the local area. This is in addition to the 30 jobs announced last month at Circle K Athlone, and the 40 jobs announced earlier this year at Circle K Gorey. In total the opening of these three new sites has created 100 new jobs in 2019.

The Kildare site, which will be open 24 hours daily, also features a wide range of services for customer’s convenience, including a seated café area, an indoor and outdoor children’s play area, WC changing and showering facilities, Wi-Fi, and extensive parking for customers including truck and coach spaces. A McDonalds restaurant will also be on site.