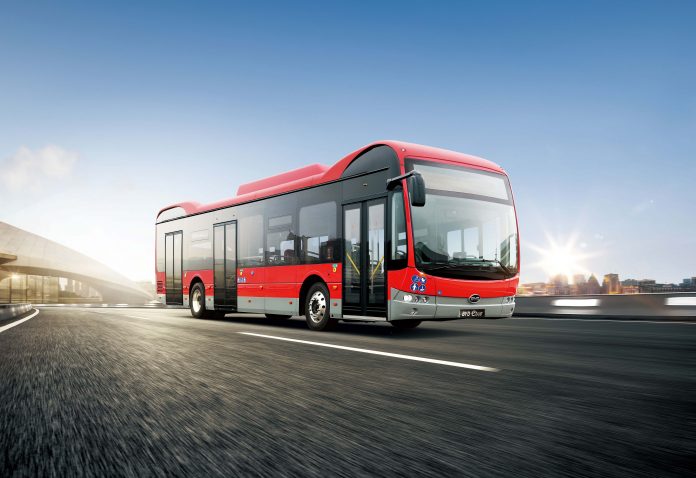 Chinese brand BYD – the world’s leading eBus manufacturer – has reached another landmark in its ongoing expansion in Europe after confirming its first fleet order in Romania. A total of nine pure-electric, zero-emissions BYD 12-metre eBuses have been ordered by the Municipality of Buzău, to be operated by Transbus Buzău in the south-east of the country.

This latest first for BYD follows breakthrough deliveries in Germany last summer when 22 eBuses – also 12-metre models – entered service in Gelsenkirchen and Bochum, and also in Hungary with ten eBuses for the city of Pécs; further illustrating BYD’s impressive growth into new European markets. With over 1,500 vehicles delivered or on order throughout Europe, BYD eBuses have also proved their operational reliability in the extreme cold of northern Scandinavia and the punishing heat of southern Spain and Portugal.

“We’re delighted to have signed this important contract for the city of Buzău, and accessing European funds to improve the quality of life in our city,” said Mayor Toma, “We want to improve public transport in Buzău as much as possible. Presently,” he said, “pollution is a problem due to the very large number of cars. In the last four years, the number of cars has doubled.”

Luminița Colțeanu added: “Route 10 is the longest bus route and, making a profitability calculation for buses, we found that this route was the best for these electric buses. Part of Route 10 on Unirii Street will be suitable thanks to modernization. It was a condition, in fact, that the street on which the buses will circulate be modernized.”

BYD Europe Managing Director, Isbrand Ho, concluded: “From Portugal in the west and now to Romania in the east, and also to the north, BYD continues to expand into markets the length and breadth of Europe. We are delighted to bring zero-emissions public transport in Buzău,” he said, “and I am confident this local operation will serve as a template for other Romanian towns and cities to introduce eMobility for their own citizens and to realise the benefits of safe, reliable, comfortable and, above all, clean public transport.”