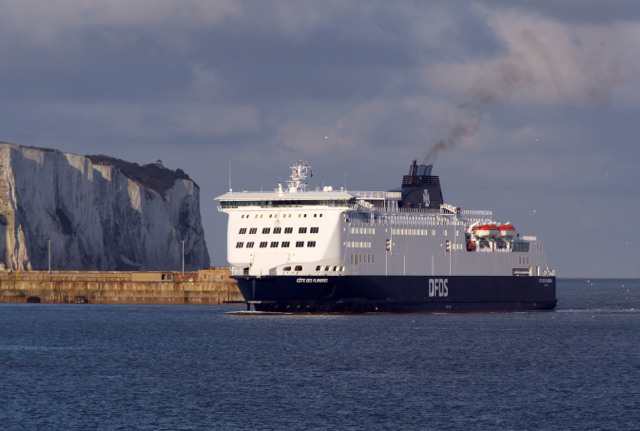 The UK Department for Transport (DfT) announced on Christmas Eve that it had reached agreement with three ferry operators to grant aid them in the provision of additional English/European ferry capacity from 29 March  in the event of a “No-Deal”Brexit  The object is to divert about 4,000 trucks a week, or 10% of its current capacity from services through Dover and reduce the congestion in the port and local area arising from the implementation of the full range of border checks there.

While the DfT statement says that hauliers will “pay standard rates” for the new and enhanced services it is clear that the use of services that operate at lower frequency with longer voyage time and, potentially, considerably considerably increased driving time will have limited attraction for Irish Landbridge hauliers.

In the event of a Brexit deal being agreed some of the money committed by DfT will be refunded to the Department.

Meanwhile,more ferries are not a Brexit silver bullet, according to the Road Haulage Association, as increases in freight ferry services won’t resolve a no-deal Brexit border queue crisis. The warning comes as UK Transport Secretary, Chris Grayling defended the Government’s choice of firm to operate a new Ramsgate to Ostend service. He told the BBC Today programme that he makes no apology for “supporting a new British business” – Seaborne Freight –despite them having no ships or experience running a ferry service.
But RHA Chief Executive, Richard Burnett is worried that the company won’t have the time to get the service up and running for Brexit.

“Seaborne Freight has three months to source the vessels, recruit and train staff, and put all the infrastructure in place to launch the service before we leave the EU. It sounds like a very tall order.”

He addedthat the announcement of additional freight capacity at a number of ports and the relaunch of Ramsgate/Ostend is welcome, but warns against it being seen as a solution to ‘no-deal’ chaos at ports.