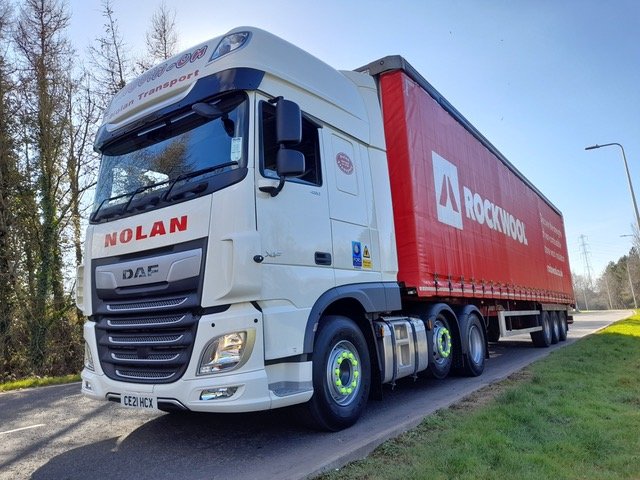 Based in Bridgend, Wales, the company specialises in transporting fast-moving consumer goods (FMCG). It has a fleet of 120 44-tonne tractor units and 300 predominantly curtainsider trailers, which operate 24/7 and serve industries such as retail, food and drink manufacturers, paper and building material specialists.

The business was acquired by transport and logistics specialist, Nolan Group, in September 2016. As a result of the acquisition, John Raymond Transport adopted various Nolan Transport’s systems to improve group efficiency and control – one of those implemented was TruTac’s compliance software.

“We already did 100% analysis with our previous system, but we migrated to TruTac because of its enhanced features, which helped us develop our compliance strategy further – much more so than we could with the former supplier,” said John Raymond’s chief operating officer, Geraint Davies. “It affords us greater visibility of what’s going on and generates clear and coherent reports, which have helped us to deal with any tachograph infringement in a timely manner.”

Raymond’s has also used the TruAnalysis package to improve efficiency, as tachograph data is no longer manually collected from the vehicles – which has had the knock-on effect of greater biosecurity during the pandemic.

“Previously the tachographs had to be downloaded manually and now they can be done remotely, which has saved a good deal of time and effort,” he added. “It’s been a tremendous boon for us to be able to do remote downloading because that negates the need to physically enter the vehicle. The health and safety implications – particularly with Covid – are outstanding and it saves a tremendous amount of human resource, because the system just does everything for you, ” he added.

As a result of its commitment to compliance, the company has been recognised as a FORS Gold operator and sports a series of other accolades, including three separate ISO standards for quality management, health and safety and environmental management.