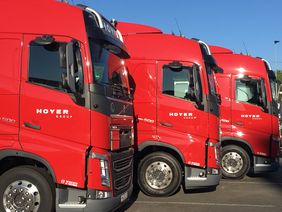 Fuel tanker drivers employed by Hoyer Petrolog UK who are based at the Stanlow oil refinery in Cheshire, have overwhelmingly voted for strike action in a dispute over job cuts.

The workers who are members of Unite, the UK’s leading union, recorded an overwhelming 96.2 per cent vote in favour of industrial action.

After the yes vote was secured, Unite gave Hoyer a final opportunity to withdraw its redundancy proposals but when it refused to do so the union had no option but to announce strike dates.

The strikes will cause considerable disruption to fuel supplies for road users and the aviation sector in northern England.

Hoyer is proposing to make six of the 28 drivers employed on the contract redundant, despite the workers having worked throughout the pandemic. The company is increasingly using agency drivers to fulfil its delivery requirements.

“Despite Unite giving Hoyer every opportunity to resolve this dispute through negotiations, it has refused to do so and as a consequence and as a last resort Unite has announced strike dates.

“Our members regret that their action will cause considerable disruption to fuel deliveries but believe they have no other option in order to save their jobs.

“The ball is now firmly in Hoyer’s court. It can still avoid strike action occurring by withdrawing the threat of job cuts.”