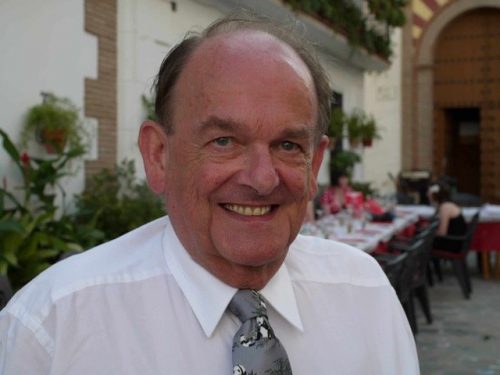 Doug Jack, the widely respected bus and coach industry consultant and journalist, has died aged 78. He passed away peacefully in the early hours of Wednesday, 2 September after a short illness.

Doug’s passion for the bus and coach industry began at an early age and remained with him throughout his life. He was a familiar face at bus and coach exhibitions all around the world and his knowledge was considered unrivalled by many. As news of his passing spread, one word kept recurring in the online tributes – ‘icon’.

Having graduated from Edinburgh University with a degree in Scots Law, he joined Leyland Motors in 1966. After practical training on the shop floor in various departments, he became Legal Advisor of British Leyland Truck & Bus Division on its formation in 1968 and Company Secretary in 1971. An enthusiastic traveller, he became Export Sales Manager in 1975.

Doug subsequently became Sales Marketing Director for Duple Coach Builders where he introduced a more modern range of products. As Managing Director for Salvador Caetano (UK), he later established a UK subsidiary for the Portuguese bodybuilder.

Having gained a wide and almost unique experience in the bus and coach industry, Doug recognized the need for a specialist consultancy to advise and assist the manufacturing industry. Transport Resources International (TRI) was established in 1986.

Doug is survived by his two sons, Robert (a transport journalist and publisher) and James (international business).

MS-RT races ahead with expansion plans