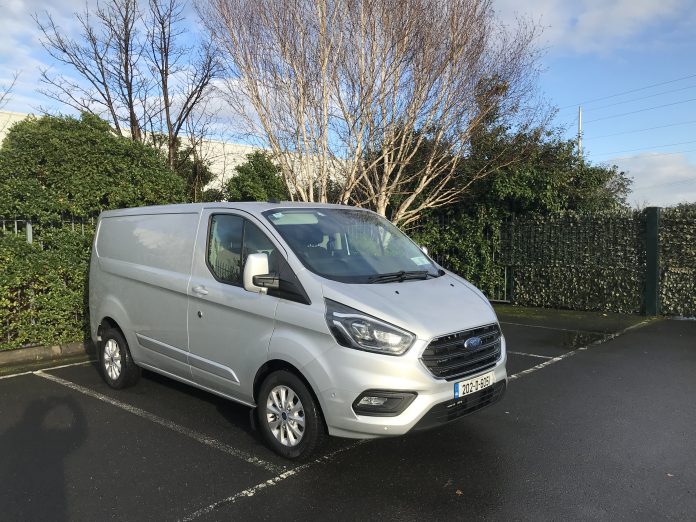 Petrol-electric power is not a new automotive technology but this hybrid propulsion system is new to the van sector and is growing with a number of LCV manufacturers getting involved . Ford, to its credit was the first to the fray with the 1-tonne Transit Custom PHEV (Plug-in Hybrid Electric Vehicle). Others are following such as Renault and LEVC. Ford’s introduction of the hybrid into the marketplace was a slow, calculated process, taking years in fact, with ongoing tweaks to the technology undertaken after conducting numerous field trails with urban centric fleet operators and service providers.

The courage, investment and innovation involved was recognised and no higher by the International Van of the year Jury in awarding it IVOTY 2020.

Ford LCV engineers were thinking ahead when it began developing the Transit hybrid range, looking to cater for entry into Low Emission Zones (LEZ) such as London, other British cities and further afield. Under the latest NEDC driving range regulations, Transit Custom PHEV stands to deliver 56km in electric mode and achieve 500km in total from the dual 1.0-litre EcoBoost petrol engine and 92.9kW/13.6kWh Electric Motor/Lithium-ion battery pack. And all without any serious compromise a payload or load volume, which is calculated at 1,130 kg and 6.0m3 respectively.

Even to the keen eyed, there is no physical difference in appearance between the standard Transit Custom and the PHEV, except for the plug-in flap on the left side of the front bumper. Inside, it’s no different either, except for the addition of the battery power/range gauge in the dash.

As a business case, the owner/operator has to weigh up the total cost of ownership versus the lower carbon footprint offered. Its initial purchase price, higher running costs (in terms of fuel consumption and the fact that there is no VAT rebate obtainable from the petrol fuel used. During the course of the week’s test, the fuel consumption ranged from 11.5 l/100km to 11.0l/100km within the urban and rural environment. In a way, that rather high figure was to be expected as from a standing start and up through the automated transmission, (in EV Charge mode), the engine revs were high. Another gear cog or two at the top of the ‘box are needed. Ford’s engineers are aware of the issue and are currently working on a better resolution/solution. So for now, it’s horses for courses. If needing a van that requires to run emission-free at times, then the Transit Custom PHEV is a good intermediate choice until full electric technology reaches what traditional internal combustion engines offer. 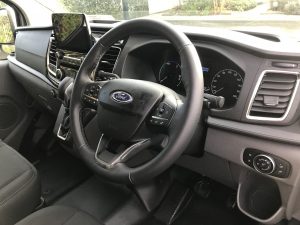 With this charging port the Transit Custom Plug-In Hybrid to be charged in 4.3 hours using a domestic 240-volt 10-amp power supply, or 2.7 hours using a commercial type-2 AC vehicle charger. Additional electrical energy is captured through regenerative charging when the vehicle decelerates or brakes, as per electric vehicle practices. From here on the technology is not simple as the Ford technicians have engineered four selectable EV modes to enable the driver to choose how and when to use the available battery charge: 1. EV Auto is intended to provide the optimum blend of performance and efficiency. The vehicle’s control algorithms monitor battery energy levels and the current driving scenario – such as whether motorway or stop-start driving – to decide whether to activate the range extender. 2. EV Now prioritises usage of stored battery energy for emissions-free driving, deactivating the range extender until battery levels reach a minimum state of charge. 3. EV Later prioritises the range extender and leverages regenerative charging to most efficiently maintain the current level of battery charge, ready for later use. 4. EV Charge utilises the range extender to power the vehicle and to top up the battery for when further EV Now travel is needed.

Drivers can also choose the degree of energy recovery and braking assistance afforded by the regenerative charging system by selecting either Drive or Low on the gear selector. Releasing the accelerator pedal in Low-mode increases programmed deceleration, automatically illuminating the brake lights when necessary to warn drivers behind. The greater deceleration supports greater use of a one-pedal driving approach, particularly in stop-and-start urban scenarios, increasing the amount of kinetic energy recovered and stored in the battery for optimised electric driving range.

The Transit Custom Plug-In Hybrid will be offered in a single L1 H1 variant, with Van or Kombi bodystyles. Equipment includes Ford’s voice-activated SYNC 3communications and entertainment system, featuring an 8-inch colour touchscreen that can be controlled with pinch and swipe gestures

Less comfortable is EV Charge – in this setting the petrol motor chugs noisily and loses responsiveness as it works hard to power the van and recharge the battery. 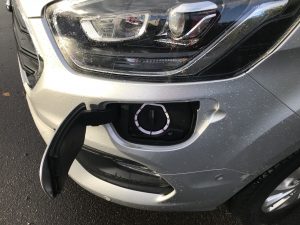