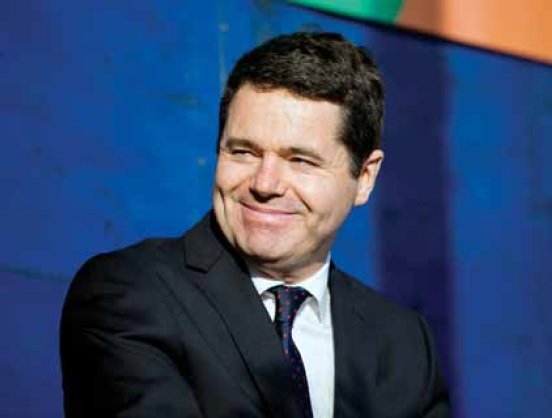 You wrote in the Sunday Business Post on 17 February an article headed: “We must generate consensus on key policies”. My answer to you, as an someone who has worked in the road transport business for almost fifty years is: “Sure, we are delighted to, why don’t you ask the Ministers in charge of the Departments of Transport and Environment to talk to us stakeholders as partners of Ireland Inc. together with the Road Safety Authority (RSA), to hear our opinion, as otherwise we have to continue to obey their dictat.

Culture goes very deep. As regards your quote from historian Tom Garvin stating that prior to our joining the EU, the State “prevented the future”, as someone who started working for myself in road transport the year before you were born I absolutely agree. However, what is overlooked completely is that the culture within State Departments has taken a lot longer to change. Personally, I don’t think that change if any, is other than skin deep, as their orders are enforced by our membership of the European Union, rather than an internally driven desire.

In the article you stated that: “Now we wholly embrace the future of increased possibilities for ourselves and our fellow citizens”. As a citizen freed up from the shackles of the

State protecting its own, removed as a consequence by our membership of the EU, I embraced the freedom membership afforded me. However, I would argue Government Departments only did the bare minimum and then, only under duress.

Nowhere in your article do you mention the thousands of small businesses such as my own, which are the backbone of rural employment. You talk of fi ne ideals for the future of our country to which we would all aspire such as, for example, early year’s education. All of these have to be paid from a tax take from citizens in employment, and those of us in the road transport industry would argue that you have constantly overlooked our industry as a source of wealth creation.

With Brexit on the horizon Ireland’s Government instigated the “All-Island Dialogues” which representatives from the Irish Road Haulage Association (IRHA) attended.

I wrote, after attending my first “Sectoral Dialogue” that now, facing a national crisis we would finally all be playing on the one team. The IRHA offered the example of the Holland International Distribution Council as a model going forward for our sector with no response. I do not know of one tangible outcome from those meetings. We continue to have regulation after regulation from one Government source or another introduced and enforced. No one was asking for or listening to our opinion when given, least of all the Minister for Transport. The question of “does this make us more Brexit ready or not?” never arises, Brexit seems to be happening somewhere else.

“Finally, on climate change, you highlighted as a key priority the “need to build a consensus”. Not one Minister is building a consensus with our industry, there is no dialogue, just do this and do that. As an example; we see vast sums being spent on CNG natural gas stations at approx. €1.5 million each, based on the cost of the Dublin Port installation that at best, only a minority of trucks will ever use. These and other measures are driven by those who have decided that they know best, no mention of consensus there.

The IRHA looks forward to engaging someday in real dialogue to reach a consensus on what is good for our industry. If you and your fellow Ministers can achieve that, this Government will go down in history as having achieved significant change. We would welcome the opportunity to “develop a deeper sense of citizenship”.

We have much to offer, if given the opportunity.