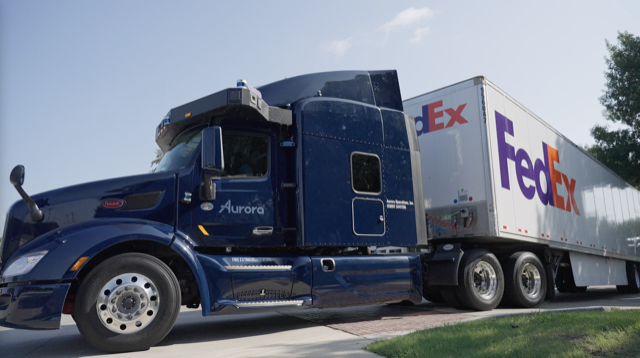 DAF Truck’s North American parent company PACCAR and FedEx have begun an extensive field test in the US with self-driving trucks. The vehicles will be driven on the route between Dallas and Houston – a journey of around 400 kilometres. The self-driving technology has been jointly developed by PACCAR and Aurora with the aim of improving road safety and transport efficiency.

The self-driving trucks will transport goods for FedEx between Dallas and Houston on the public highways, including on one of the most important routes in the southern states: the I-45. Although the vehicles will be self-driving, there will also be a driver in the cabin who can take control of the truck at any moment, thereby guaranteeing road safety at all times.

“PACCAR is delighted to be working on this innovative project together with renowned companies like FedEx and Aurora,” says John Rich, PACCAR Chief Technology Officer. “The decision by FedEx to join up is proof of the enormous progress PACCAR and Aurora have made in the development of self-driving trucks.”

The technology being used in the trucks, the highways in the US and the way in which the vehicles will be deployed all differ from the situation in Europe. Nonetheless, DAF Trucks will certainly benefit from the knowledge gained by PACCAR, Aurora and FedEx.